Juerg Buergin, a former executive director of operations at UBS AG (UBSN) in Singapore, was deceived by an underaged prostitute and her pimp into believing she was 18, according to his lawyer. 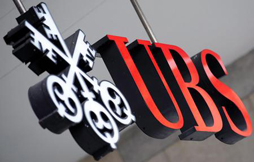 The girl, now 20, was not a victim and should testify publicly, Buergin's lawyer Selva Naidu told a Singapore subordinate court on Tuesday on the first day of the Swiss national’s trial. Judge Eddy Tham agreed with prosecutors that she give evidence privately.

Buergin, 41, is the first of 51 men charged by police for having paid sex with the girl to stand trial. At least 18 men, including a member of the Shaw family that built an Asian movie production and real estate empire, have been sentenced to jail after admitting to paying for sex with a minor.

Buergin, married with two children, allegedly committed the offenses at the Shangri-La Hotel in Sept 2010 and the Mandarin Oriental Hotel in Jan 2011. The maximum penalty for paid sex in Singapore with someone under 18 is a seven-year jail term and an unspecified fine.

The criminal case is Public Prosecutor versus Buergin Juerg.