The Russians are coming
Business

The Russians are coming

Tourist roubles - not military might - mark growing influence on the region

Two decades after the end of the Soviet Union's military influence in Indochina, Russia has emerged as a country with growing potential for Thailand and its neighbours to reap the benefits of its rising spending power. 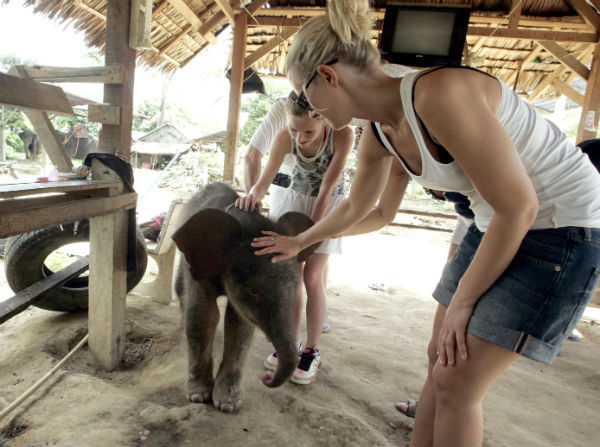 Thailand saw 1.3 million Russian tourist arrivals in 2012, a 25% increase from the previous year, the Tourism Department reports. More Russians came to Thailand than tourists from any other European country.

About 175,000 Russian tourists visited Vietnam last year, a 170% leap from 2011, according to the Vietnam National Administration of Tourism.

A landmark of Russian influence in the region was Cam Ranh, about 200 kilometres northeast of Ho Chi Minh City in Vietnam, once a base for Soviet Union navy ships to berth.

Cam Ranh airport, built by the US during the Vietnam War was turned over to the Soviet and then Russian airforce from 1979 to 2002.

The upgraded and refurbished Cam Ranh International Airport began operating in 2009 and Vietnam hopes that Russians will soon come back - this time as tourists rather than military officers. 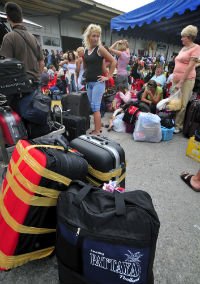 Pattaya is firmly established as a popular destination for Russian tourists, who are arriving in Thailand in increasing numbers. (EPA photo)

The new route has been introduced to attract more Russian tourists to Vietnam, especially its coastal areas, as the country projects 350,000 Russians to visit annually by 2020.

Laos launched a campaign in Russia in March by attending the four-day Intourmarket International Travel Fair in Moscow for the first time.

The goal was to promote Lao tourism and encourage more Russians to visit the country, the Vientiane Times reported.

Thailand has also targetted more tourists from Russia, as well as China and India, to the country. They could be a force to drive the kingdom's tourist industry to reach the 24.5 million target this year and the 30 million mark in 2015.

"Tourists [arrivals] from Russia, India and China are leaping forward and it is a long-term trend," Krailuck Asawachatroj, chief financial officer of the Erawan Group hotel chain, said last week.

"Economic growth in their countries gave them purchasing power and money to spend and now they have started to travel overseas."

The Thai Foreign Ministry said the tourist visa exemption for Russians was a factor enticing them to come to Thailand.

But Mr Kriluck said that Thailand is also a destination with the best value for money.

Vietnam and Laos also have visa exemptions for Russian visitors.