Thailand must improve its logistics to remain competitive and attract foreign direct investment (FDI) amid a rising wave of activity in neighbouring nations, says the Bank of Tokyo-Mitsubishi UFJ. 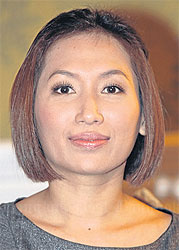 Angkana Meeploy, a senior vice-president for Asian business, said logistics has been one of Thailand's strengths in luring FDI despite a boom in the CLMV group of Cambodia, Laos, Myanmar and Vietnam.

Speaking at the bank's seminar on investment in the Greater Mekong Subregion (GMS) yesterday, Ms Angkana said Thailand ranks No.2 behind Vietnam in terms of logistics cost competitiveness.

As a result, the government's planned infrastructure projects worth 2 trillion baht will preserve the country's strong point as the region's logistics hub.

Thailand received a combined US$119 billion in FDI applications from 2003-12, with Japanese investors leading the field.

Japanese investors have expanded their investment base to the CLMV and GMS countries to diversify geographical risk, especially after Thailand's massive floods in late 2011.

But Thailand remains a key Japanese factory base due to its economic growth, infrastructure investment plan and skilled labour, said Ms Angkana.

"Thailand needs to keep such strengths and sharpen competitiveness," she said.

"We should transform from a labour-based to a skilled-production country."

Most economic zones in Cambodia and Laos sit along the Thai border, so logistics will play a big role in surging regional trade.