Singapore sets the standard for innovative cities in Asia but a lot of positive signs are emerging throughout the region.

Urbanisation and megacities are among the buzzwords of the decade, especially in stories of Asia’s emerging economies. For the first time in history, more than half of the people in the world are now living in cities. 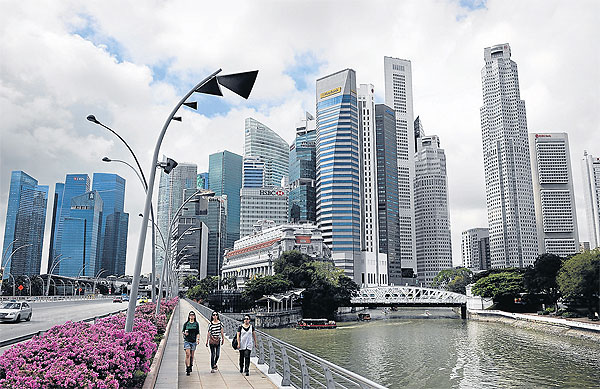 By 2050, according to UN World Urbanisation Prospects, urbanites will account for as much as 70% of the global population. In Asia alone, cities in China and India will probably home to about a billion people each.

Trillions of dollars from governments and investors alike are now in the pipeline for city building. The question raised by urban planners is, “How should we build them?”

Building a sustainable city from the ground up is far harder than it looks. So the answer is not as easy as just saying that we should build as many skyscrapers as we can, add in some green space, and call it a city. But everyone agrees that cities need to be planned, designed, built and managed more creatively than they were in the past.

That’s where the concept of the innovative city comes in. In Asia Pacific, Singapore leads the way, according to an extensive survey conducted by Solidiance, a strategy consulting firm based in the city-state. As the most innovative city in the region, Singapore achieved the highest average ranking across six criteria: human talent, knowledge creation, technology, society, government, and global integration.

After Singapore, the top cities were Sydney, Melbourne, Hong Kong and Auckland. Rounding out the Top 10 in order, were Tokyo, Seoul, Osaka, Busan and Taipei. Bangkok ranked 12th but first in the category of Society.

“Singapore has made dramatic and perpetual improvements for the past 25 years. It has transformed itself from a trading port to a high-tech leader, financial hub and the most innovative city in Asia Pacific,” said the Solidiance report.

Singapore is still considered a young city, and things are not always perfect, but it has built the most attractive “ecosystem” for companies to innovate in Asia Pacific as it constantly strives for exponential improvement and visible change. More importantly, people view that problems occurring in the city are usually not swept under the carpet but are addressed quickly, said the report.

Hong Kong, meanwhile, remains as an innovation leader in Asia by constantly adapting as demand necessitates. During the post-war industrialisation period, the city was known as a manufacturing hub for textiles, electronics, plastics and other labour-intensive production. Over the last two decades, however, it has emerged as a global beacon of business freedom, built on free market policies, low taxation, limited government intervention and rule of law.

One of the turning points came in 1999, when the Hong Kong government revealed plans to develop Cyberport, a technology cluster on Hong Kong Island to help local businesses capitalise on the rapid growth of the internet and telecommunications. Cyberport has evolved into one of the key drivers of Hong Kong’s rapid technology development, providing a suitable environment for entrepreneurs to convert ideas into business models, said Solidiance. 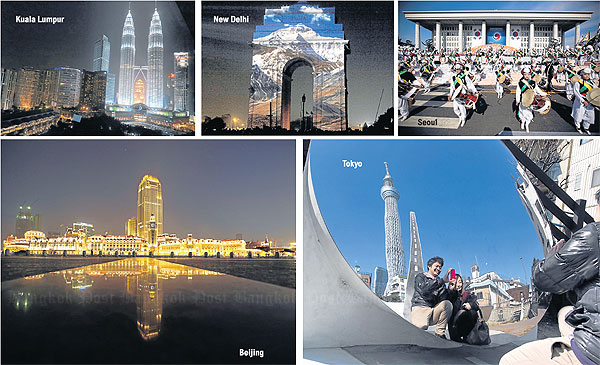 Tokyo, in contrast, seems to have lost its shine as a hub for talented people to live and work. The high cost of living, lack of global integration, loss of regional influence, restrictive immigration laws and natural disaster risks are among the explanations for this shift. However, the city still occupies top spot in the Knowledge Creation category.

“Tokyo could possibly regain its swing, as it is one of the very few Asian cities with a true global brand. With strong political leadership and a radical mindset change in the private sector, the city will rise again,” said Aki Nakamura, the head of the Japan Desk at Solidiance.

Measured by the society criteria which cover culture, values, system and ideology, Bangkok is at the forefront. The fact that Thailand was never colonised by foreign forces gives its capital city one of the most open mindsets in the region. The finding indicated that Thais and residents of Bangkok are very proud of their unique culture, but other cultures are well-accepted and not seen as a threat to its people. Yet, when it comes to the knowledge creation, the city still has not reached the mark.

Regardless of how hot the current economy of Indonesia might be, Jakarta is not ranked among the Innovative Asia Pacific Cities. Its crumbling infrastructure and lack of a city plan put it out of the game.

Given Jakarta’s notorious perpetual traffic gridlock and the widening gap between the haves and have-nots, the report suggested Indonesians need to rethink how to shape their capital’s future. The main issue that needs to be addressed is human talent, as more investment in the public and private sector is crucial to fully leverage Jakarta’s vibrant economic landscape.

While China and India are among the Asia’s fastest-growing economies, New Delhi, Mumbai and Shanghai received the lowest score in the overall ranking. The consultancy found that a city’s level of innovation did not automatically correlate with size or speed of growth. 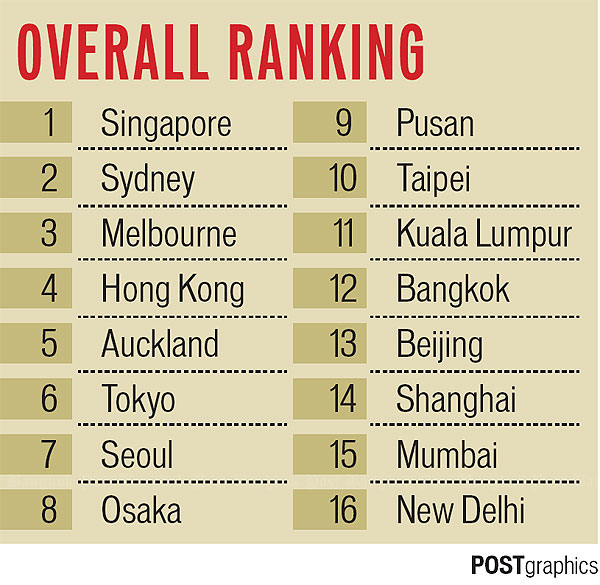 It is vital for Asia’s emerging economies to have solid plans about how they would like to develop their cities further, said the Solidiance researchers. A city needs to be innovative not to grow fast, given that the value of creativity and great innovations will be the factor to sustain growth in the long run.

Cities with ecosystems that truly support and encourage innovation are more nimble, better equipped to face downturns as well as to lead upturns. Innovative cities have a tendency to become leaders in fields such as biotechnology, high technology and green technology, urban planning, education, mobile communication and entertainment.

Urban planners need to keep in mind that potential innovative cities are the ones that strive to become the places that offer the best jobs, attract the best companies, secure the best talent and are magnets for research and development. If urban planning is done effectively, these cities will provide the most attractive growth perspectives for the whole country.