For companies unsure about how to bridge cultural gaps, sole ownership may be better than joint ventures.

Investors planning to do business outside their own country usually are advised to seek joint-venture partners. But in India, cultural differences between Thais and Indians can be an obstacle and Thai companies may be better off going it alone, say experts on the market. 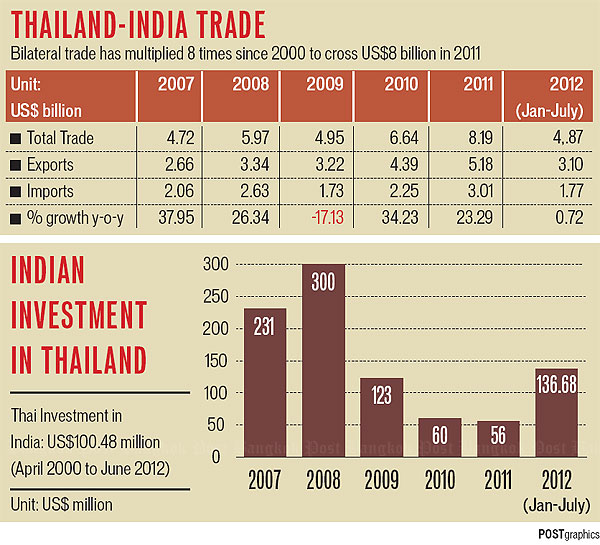 Thai Summit Auto Parts Industry Co, one of the country’s biggest parts suppliers, entered India in 2003 through a joint venture with JBM Group, a major auto industry supplier in India. A decade later it is running new plants on its own, said Pramual Kaewsai, project manager for India and overseas operations.

The company has averaged steady growth of about 6% a year with sales of motorcycle parts to major customers including Honda, Yamaha, Suzuki and Tata, and its manufacturing plants are now well respected in the Indian auto industry, said Mr Pramual.

However, it has faced many problems with its tooling development plan, tooling quality, high employee turnover, management and communication difficulties, and differences between Indian and Thai culture.

“We would like to recommend to investors who want to invest in India, if it’s possible they should own hold 100% business equity because India has many cultures and it can be complicated and hard to understand,” Mr Pramual said at a recent forum in Bangkok.

“So now we have exited the Indian partnership but we are still investing in India by ourselves with two plants in Bangalore and Chennai.”

Setting up a wholly owned operation should not be a big problem for companies looking to enter a market that has the potential of India, where demand is high for Thai manufactured products because they are considered to be of good quality.

Trade between Southeast Asia and India has increased every year in the two decades since the country became a dialogue partner with Asean. With the Asean-India Free Trade Area (AIFTA) taking effect two years ago, both sides have embarked on a new phase of even higher growth.

Invest India was set up with a unique structure to harness the synergies between public and private-sector enterprises. It aims to provide sector-specific and state-specific information to the global investment community and assists with regulatory approval and other compliance requirements.

Anil Wadhwa, the Indian ambassador to Thailand, said his country had continuously developed manufacturing and would soon become the second most competitive destination for manufacturing after China. He also noted that the focus of the Thai electronics sector was closely aligned with that of Indian producers, making mutual investment easier.

India has also embarked on a major infrastructure investment programme, with the Delhi-Mumbai Industrial Corridor seen as the showpiece that will help make the country a trade and as an investment hub in the Asia-Pacific region.

“The Indian government has set itself an ambitious target of US$1 trillion for investment in infrastructure in its 12th five-year plan, so that opens opportunities for foreign investors,” the ambassador said. “Now we are looking for Thai partnerships to create a value chain. We would be welcome all Thai investors to India.”

India is a rapidly developing and diverse country that has much to offer, said Vasana Mututanont, deputy secretary-general of the Thai Board of Investment (BoI). It not only offers access to low-cost skilled labor, but also to some of the world’s most advanced technology, she said.

India is now the sixth largest automobile manufacturing country in the world, with Thailand ranked ninth. Opportunities are extensive for investment in auto parts and components to feed the growth of the industry in each country, she added.

“India offers such excellent potential for manufacturing investments and in construction, hospitality and the automotive industry. That is why the Thai BoI will soon be opening its next and 14th overseas office in Mumbai,” said Mrs Vasana.

Pisan Manawapat, the Thai ambassador to India, said that previously Thailand had tried to attract Indian investors, but now the trend is reversed with India wooing Thai investors for the benefit for both countries. So the Thai Embassy in New Delhi is on a mission to help Thai investors that want to start ventures in India.

When these companies initially negotiated with the Indian government, Mr Pisan, said, their concerns included basic facilitation such as speeding up the issuing of work visas. They believe the process should take only one or two days, and not a week, given that even the Thai embassy can issue work visas in India in two days or less.

The embassy also tries to negotiate eased terms with respect to other regulations, such as one that requires foreign companies to keep deposits equivalent to as much as 100 million baht a year.

For small and medium-sized enterprises (SMEs) that lack investment experience in other countries, the Thai embassy provides all the information required, and encourages them to attend meetings and hire consultants to advise them.

“If investors want to invest in India, they have to prepare themselves as much as possible,” said Mr Pisan. “They should have a joint-venture partner. More importantly, they should have a lawyer and an accountant to look after their business to ensure it not going to fail in the future, and they need to understand the culture of India too.”