The European Commission will begin a week-long free trade agreement (FTA) negotiation with Thailand in Brussels in late May, the first round of official talks, with the hope of reaching an agreement in 18 months. 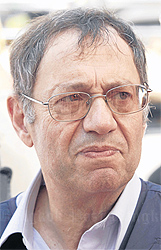 Over that period, working groups of technical experts are scheduled to meet two or three times after the first round starts on May 27, while ministers will meet at least once a year, said EU Ambassador David Lipman.

Mr Lipman said the EU attached great importance to consultations with non-governmental organisations (NGOs) and business representatives, both in Bangkok and Brussels.

Consultation with NGOs, expected before the first round of talks in May, is to ensure absolute clarity and transparency in the process for all stakeholders, he said.

Antonio Berenguer, the EU's head of trade and economic affairs in Thailand, said the EU does not have a template for what it wants in the talks with Thailand and would like to hear the view of NGOs.

In balancing the wish lists of Thai/EU business and NGOs, Mr Berenguer pointed out they could not appease everyone.

The EU already completed an FTA with South Korea and hopes to see another agreement ratified with Singapore soon.

The bloc just began discussions with the US, while talks with Vietnam and Malaysia are envisaged.

The EU is Thailand's second-largest trading partner after Asean. Bilateral trade between the two partners accounted for US$35 billion in 2010.

Thailand is slated to graduate from the Generalised System of Preferences in 2015.

"Of course we are ambitious to conclude the FTA, but it takes two to tango," said Mr Lipman.

Mr Berenguer said a Thai FTA would be significant because it would be the EU's first with a member of the Cairns Group of 19 agricultural exporting nations.

"Within the EU, the farm sector is sanguine about FTA discussions," he said.

Mr Lipman said the EU would like to more balance to agricultural trade, as Thailand exports eight times more agricultural products to Europe than the EU does to Thailand.

Mr Berenguer said the EU is pleased the Asean Economic Community will be realised soon but noted it will not have the same standards as an EU-Thai FTA on such issues as dispute settlement, intellectual property and investment.

Thai citizens have protested that the EU could violate the World Trade Organization's Doha Declaration by imposing TRIPs (Trade-Related Aspects of Intellectual Property Rights) plus provisions in FTA negotiations, affecting access to essential medicines at affordable prices by extending patents.

EU office sources said the EU was hoping to rectify some discrepancies in Thai government procurement systems for pharmaceuticals including pricing systems and fake products.

"Europe is a major generic drug producer, and we are a great contributor to the AIDS Global Fund. So we are not bad guys as we are being portrayed," said a diplomat who asked to remain anonymous.