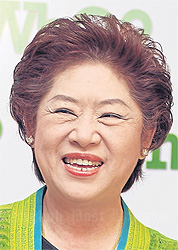 Somporn: Media is an interesting sector

"The decision was purely for investment, as the company has potential with good performance," she said in an interview with the radio news talk show Inside Thailand yesterday.

GMM on Thursday sold 41 million shares of its holding in Matichon at an average of 11.09 baht apiece.

Mrs Somporn said the share purchase was made through her son Thanathorn, who will become the second-largest shareholder in Matichon with a 22.12% stake.

The largest shareholder is chairman and founder Kanchai Boonpan, who has a 34.93% stake with 64.74 million shares.

Mrs Somporn said she has no plans to send an executive to manage the company or remove the existing news team, as the business operation needs alliances.

But as one major shareholder, it is certain to have frequent talks with Mr Kanchai on how to improve the business.

"Actually, Matichon is a good company that generates a profit each year. It's not necessary for a new shareholder to come in and expel the old team," she said.

While businessmen and politicians like to have media outlets to support businesses and increase power, Mrs Somporn, one of Thailand's richest tycoons, reiterated the share acquisition is purely for business.

"I'ave been involved in industries for more than 30 years. Besides real estate, I feel media is an interesting industry," she said.

Matichon will pay a dividend of 50 satang a share for last year's performance. It posted a net profit of 104 million baht on sales of 1.07 billion, up by 46 million from 2011.

Mrs Somporn emerged in the media world in 2003 when she bought a large stake in the Nation Multimedia Group, publisher of The Nation, Krungthep Thurakit and Kom Chad Luek newspapers.

She sold the shares in 2010 at a loss of 200 million baht and said her exit was because she saw no future in the group.