The Lao government will raise funds through the Thai capital market for the first time by issuing 1.5 billion baht worth of bonds to institutional investors on Thursday. 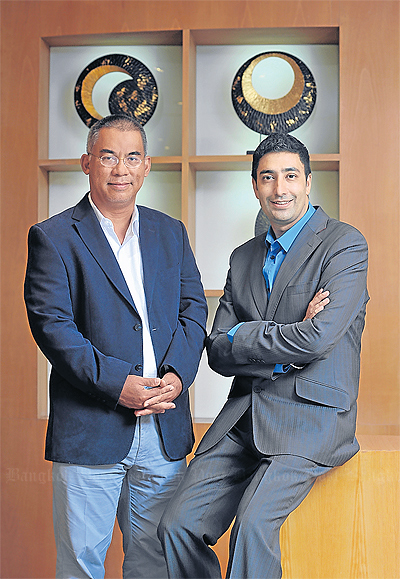 The three-year bonds will carry a coupon rate of 4.5%.

Thailand is the most advanced capital market in the Mekong region and uses this strength to foster development of neighbouring capital markets.

Niwat Kanjanaphoomin, president of the Thai Bond Market Association, believes Laos will be able to attract foreign investors to its government bonds to be issued in the Thai capital market.

Bonds issued by foreigners to raise funds in the Thai capital market are typically required to have a credit rating, but Thailand's Finance Ministry is making an exception in this case.

"The first lot of Laotian government bonds is small, but it's good to test the market and build up investor awareness for a potentially larger bond issue in the Thai market or even the Laotian bond market later on," said Mr Niwat.

TPC is a regional advisory firm tailored to Southeast Asia, specialising in energy and agriculture.

The company was founded by Chiridacha Phungsunthorn, who has long experience in regional law, and Adisorn Vasukhup Singhsacha, a financial adviser with more than a decade in international banking.

Mr Chiridacha said TPC has other deals with Greater Mekong Subregion governments in the pipeline that could raise funds via the Thai bond and stock markets.

TPC works with LS Horizon Ltd, also founded by Mr Chiridacha and a pioneering regional law firm, when engaging with clients across the Mekong region.

Successful projects done by LS Horizon in the past include advising on EDL-Generation Plc's listing on the Lao Securities Exchange.

Mr Adisorn said the stock market in Laos opened two years ago and has two listed companies so far. Myanmar is also looking to launch its own stock exchange in 2015, while Cambodia has similar ambitions.

"Thais must first have a more open view towards their neighbours and an eagerness to grow, as we share a similar culture with other countries in Southeast Asia," he said.

He said potential deals advised by TPC at present include providing advisory services to leading Myanmar companies in raising funds through the capital markets of other Asean countries, a real estate project in the heart of Yangon and a property fund for investment in Thailand.

Mr Chiridacha said investment openings in Laos, Myanmar and Cambodia are promising, but the opportunities in Malaysia and Vietnam are slim due to differences in the legal and business cultures.

Indonesia is more intriguing than Malaysia and Vietnam, with energy and consumption-related businesses especially attractive, he said.

Energy stocks set to drop during OR IPO