Saha Group scales back amid slowdown

Saha Group, Thailand's biggest consumer goods conglomerate, says it will postpone new investments this year and scale down or shutter some existing plants due to several negative factors. 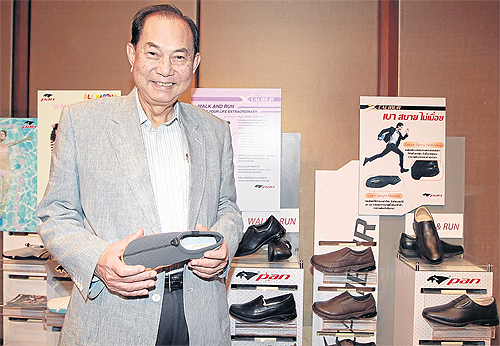 Shoe and textile factories are among those hit hard by the recent slowdown in consumption.

Consumer purchasing power in the first months of 2013 was not as good as in previous years, said Saha Group chairman Boonsithi Chokwatana.

He attributed the low purchasing power to the government's first-time car buyer scheme, which absorbed too much spending of those taking part.

And while the rise in the minimum wage to 300 baht a day has increased personal income, it has led to costlier consumer items.

The sluggishness cut sales from exports to 20% from as much as 30% over the past few years.

Given the current conditions, Saha Group forecasts 3-4% growth instead of the typical 10%.

"Our business growth this year is expected to be the worst in the past 10 years," Mr Boonsithi said at a press briefing yesterday.

He predicted Thai GDP growth this year of 2-3%, far lower than the 4-5% forecast by the government.

Mr Boonsithi said Saha Group will pause investment in operations and instead continue expanding in areas such as retail and education.

The construction is divided into two phases, with the first concentrating on the development of a Japanese-style community mall to open in October.

The second phase, a condo development, will be completed by 2015.

Mr Boonsithi said the project offers Saha Group a chance to use its land plot to attract Japanese firms shifting to eastern Thailand after massive floods ravaged many parts of Bangkok in 2011.

There are more than 30,000 Japanese investors in Si Racha, and J-Park is Saha's first community mall.

"If it is successful, the company will develop other retail concepts in other industrial parks managed by the group, including those in Lamphun province," said Mr Boonsithi.

Under the theme of "An Honest World", the event will showcase products made collaboratively by Saha Group and entrepreneurs from Japan.