The rice-pledging scheme is plagued with corruption and has been racking up huge losses, deputy permanent secretary for finance Supa Piyajitti told the Senate Tuesday. 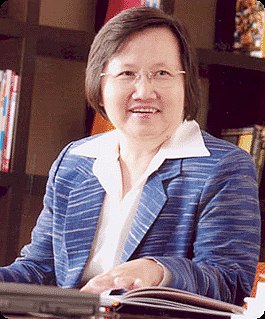 Ms Supa, who heads a Finance Ministry team assessing the accounts of the scheme, was testifying before a Senate committee to explain its losses.

This is the first time Ms Supa has admitted there is evidence of corruption in every step of the process.

The corruption starts from the registration of farmers mortgaging paddy, with exaggerated figures being provided to the state, Ms Supa said.

She said the Commerce Ministry allowing rice mills to keep pledged paddy in storage for 50 days, up from seven days previously, before sending milled rice to the government's central warehouses, has encouraged some corrupt people to repeatedly pledge paddy under the government scheme.

A random survey conducted among just 10% of registered farmers was the only form of verification, she said.

The estimates were provided by agencies involved in the scheme on Jan 31.

But if figures from after Feb 1 until May 31 are taken into account, the losses could be much higher, Ms Supa said.

In May, Ms Supa was abruptly transferred from her role overseeing the rice scheme accounts assessing panel after a report was leaked putting the pledging scheme's total losses at around 260 billion baht.

The Commerce Ministry under then minister Boonsong Teriyapirom did not accept the loss figure. However, the Finance Ministry on June 9 reinstated Ms Supa amid public pressure.

The government has had to repay more than 496 billion baht to the Bank for Agriculture and Agricultural Cooperatives (BAAC), which is the government's source of financing for the scheme, Ms Supa said.

The government originally allocated 500 billion baht for the rice-pledging project, of which 410 billion baht was a loan from the Finance Ministry while the rest was lent from the BAAC's own coffers.

On occasion, it spent more than the amounts approved in the 500-billion-baht revolving fund, forcing the BAAC to shell out more money to fund the project.

The government also plans to buy 2.9 million tonnes of paddy from 200,000 registered farmers at a maximum price of 15,000 baht per tonne, until Sept 15 for farmers in the Central Plains region and until Nov 30 for farmers in the South.

Ms Yingluck insisted the decision will not harm monetary and fiscal discipline.

She said the the NRPC would reconsider the rice-pledging price at the end of the second harvest, taking into account prices on the world market, where Thailand has recently lost sales.

The NRPC on Monday decided at a meeting chaired by Finance Minister Kittiratt Na-Ranong to reverse its June 18 decision to cut the rice-pledging ceiling price from 15,000 baht to 12,000 baht a tonne for the current crop from June 30.

Government spokesman Teerat Ratanasevi said Ms Yingluck told the cabinet the decision was made to help farmers, to strike a balance between the pledging price and the market price, and to maintain fiscal discipline.

The cabinet also authorised the Commerce Ministry to accelerate rice exports via government-to-government (G-to-G) deals and the Agricultural Future Exchanges of Thailand (Afet).