China shares up on Thai fast-rail

China CNR Corp led gains in shares of Chinese companies that build and supply equipment for railways on speculation they will win contracts for the construction of Thailand’s high-speed train system. 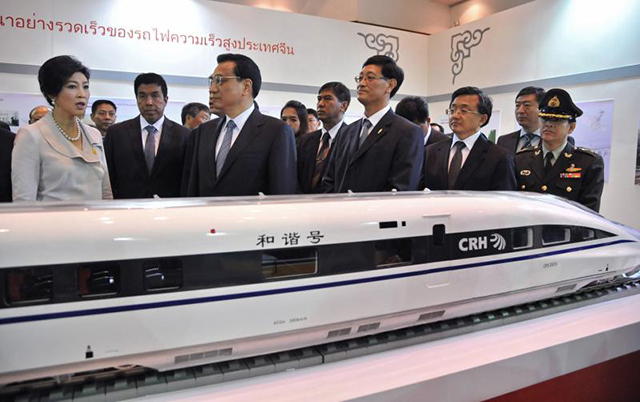 Ms Yingluck's comment triggered "event-driven sentiment on the railway stocks," Wu Kan, a Shanghai-based fund manager at Dragon Life Insurance Co, which oversees US$3.3 billion, said by telephone. "Besides the fact that railway investment is an effective way to boost domestic demand, the government is now also adopting a 'going out' strategy for the railway industry to boost their competitiveness. That'll boost the sector in the medium and long term."

The first phase of Thailand's high-speed train system includes total investment of 400 billion baht ($12.8 billion). China, Japan, South Korea and France expressed interest in bidding for contracts to build the network, according to the report.