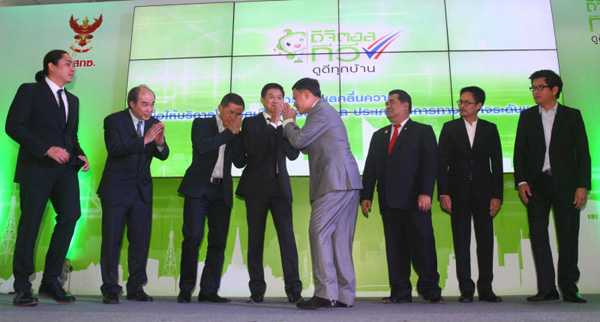 In the morning bid session, BEC World Plc, the SET-listed broadcaster of Channel 3, made the top bid for a high-definition digital-TV licence at 3.53 billion baht. In the afternoon session, Thai Boardcasting Co (Work Point) offered the highest bid at 2.355 billion baht, or more than six times the minimum bid of 380 million baht. Each licence will last 15 years, according to the National Broadcasting and Telecommunications Commission (NBTC).

There were a total of 16 bidders joining the auction in the afternoon. The results are as follows.

The top seven bids each won a channel. The bottom two missed out.

The bidding started at 11am, and quickly rose to over 3 billion baht in the first 10 minutes. The starting price for a high definition (HD) channel was 1.51 billion baht.

The result of this auction is as follows: