Yingluck to be probed, ex-ministers charged on rice scheme
Business

Yingluck to be probed, ex-ministers charged on rice scheme

The anti-graft agency will investigate caretaker Prime Minister Yingluck Shinawatra's role in the rice pledging scheme after bringing formal charges of corruption against two of her cabinet ministers. 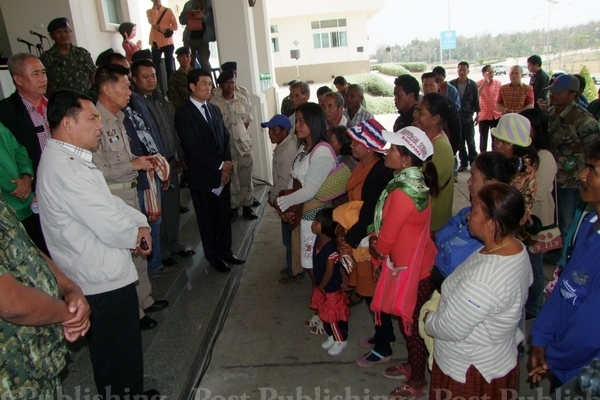 About 50 farmers in Buri Ram rally at the provincial hall on Thursday to demand quick payment for their pledged rice. The National Anti-Corruption Commission has found the scheme plagued with corruption. (Photo by Surachai Piraksa)

The National Anti-Corruption Commission (NACC) will check to see if she was negligent in her duties as chair of the National Rice Policy Committee.

Ms Yingluck failed or had no intention to stop the alleged corruption and she could face criminal charges, said NACC member and spokesman Visa Mahakhun, who chaired the inquiry panel into the issue.

Former commerce minister Boonsong Teriyapirom and ex-deputy commerce minister Poom Sarapol were charged by the agency, together with 13 other persons including former director-general of the External Trade Department Manas Sroypol who was involved in negotiations to sell rice to two Chinese state enterprises on government-to-government contracts.

The NACC investigators excluded Ms Yingluck from its inquiry and concentrated on the persons directly involving in attempts to sell the rice under the scheme.

Mr Vicha said Ms Yingluck will be called on to defend the case and added that the NACC will try to wrap up the probe on the caretaker prime minister as soon as possible.

Mr Boonsong and Mr Poom and 13 other persons will be summoned to listen to the charges.

Democrat Party spokesman Chavanond Intarakomalyasut urged stern action against those found guilty in the case as the scheme had severely damaged the country.

"We would like to see the NACC make the right decision and see politicians who want to promote themselves at the expense of the national image punished,'' he said.