Ever wonder why the hit song from Psy, the South Korean pop singer, was named “Gangnam Style”? 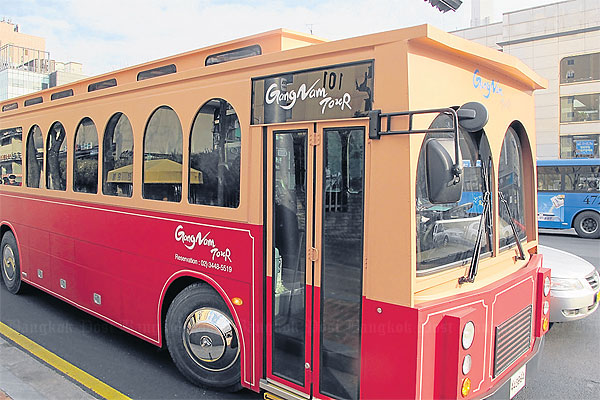 Though Psy used the song to mock the pretensions of the city's wealthy citizens, the South Korean government is trying to use it to drive tourists to Seoul. The area is loaded with shopping venues.

Gangnam is one of 25 districts in the capital and it means “South of the Han River”. The district is a wealthy enclave and the third-largest district in Seoul, at 39.5 square kilometres with 573,000 inhabitants.

“The shopping street of Garosu-gil has a lot of global brand names,” said Kim Ruth, a Seoul tourism official. “And we have to thank Psy because now Gangnam has become the focus of tourists from around the globe.” 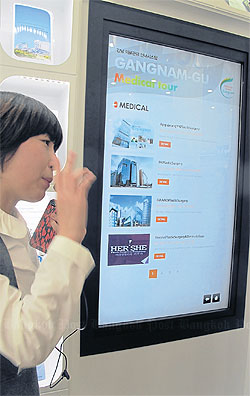 Staff at the center explain about ways to maximise the experience in the Gangnam area.

The district can be reached in 30 minutes after crossing the Han River, near the Myeong-dong shopping centre popular with Thai tourists.

Ms Eun said since the centre was set up late last year, she has not seen any Thai tourists, but the government is keen to attract them.

Chalit Prasew, general manager of All Best Service Group Co, a Thai tour company specialising in South Korea, said it will promote Gangnam as a new shopping option for Thai tourists, but he is unsure if it will be as popular as Myeong-dong and Dongdaemun shopping areas.

“Most Thai tourists travel to Seoul to go shopping,” said Mr Chalit. But they like to buy cheap goods and Gangnam is full of high-end department stores and hotels, he added.

He said there were fears that tourism to South Korea would be hurt after Japan announced visa-free entry for Thais last year. Since the change, the number of Thai tourists to Korea has dropped by 30-40% every month.

He called on the South Korean government to come up with more strategies to bring back Thai tourists. Tours in Korea are still cheaper than Japan, said Mr Chalit.

The top three destinations in Asia for Thai package tourists are China, South Korea and Japan, he said. 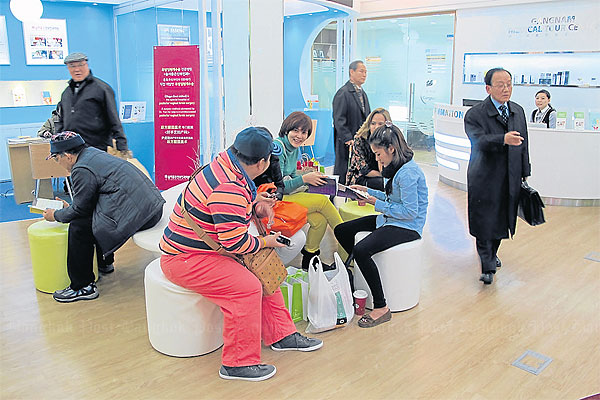 Tourists buses that are available for travel between the area while some tourists take a break at the center.