Taokaenoi Food & Marketing Plc is considering setting up its own factory overseas to support a plan to become a global snack brand in the next decade. 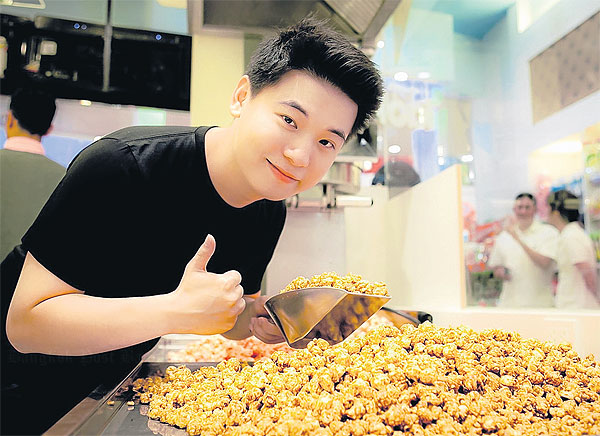 To achieve its goal, the company plans to export its products to 100 countries, up from 27 countries mainly in Asia now.

It is conducting a feasibility study to set up a factory in China, Indonesia or Myanmar.

The factory will be set up over the next three years if its sales in that country can reach 300-500 million baht.

"Tao Kae Noi seaweed snack is very popular among Chinese customers. Our product is on their shopping lists when they visit Thailand along with Naraya bags and processed mango products. Though there are huge opportunities in China, it also has a lot of risks," Mr Ittipat said.

Taokaenoi will spend about 100 million baht to build a new plant on a 10-rai plot in Rojana Industrial Park in Ayutthaya province.

The factory will be built this year and completed within the middle of next year, boosting the capacity of Tao Kae Noi seaweed by 50% from 3 million pieces a day now.

"If Western potato chips can have good sales in Asia, Tao Kae Noi seaweed can be sold well in the Western market," Mr Ittipat said.

Under the current political situation, the company will postpone its plan to list on the Stock Exchange of Thailand for another year, two years later than planned, as well as promotion plans with foreign tourists.

Yesterday, it introduced its Tob Corn brand for the growing popcorn market. Its first Tob Corn shop is at Terminal 21 shopping centre at Asok intersection.

It plans to open six Tob Corn outlets this year and reach 100 shops within five years.

Mr Ittipat said popcorn is interesting because it has become a household product for Asian people.

A study found Thai consumers are eating more popcorn, boosting the market by 50%, while the market for other snacks grew only 5%.

The company plans to sell its products via modern retail channels in the middle of this year.

It expects sales of Tob Corn to reach 100 million baht this year before rising to 1 billion baht in the next five years.

The Thai women's volleyball team lost 3-1 to Brazil on Saturday as they will wrap up the final week of the FIVB Women's Nations League in Sofia, Bulgaria, on Sunday.

Elon Musk’s fortune plunged almost US$62 billion. Jeff Bezos saw his wealth tumble by about $63 billion. Mark Zuckerberg’s net worth was slashed by more than half.

At least 25 dead in Indian landslide

The search for survivors buried under a landslide in northeastern India entered its third day on Saturday with 25 bodies pulled from the rubble and nearly 40 people still missing.