BoT upbeat on exports in 2014
Business

5% growth despite slowdown in China

Exports are projected to grow by 5% despite growing worries over China's growth prospects prompted by disappointing gross domestic product. 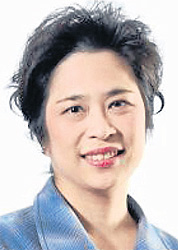 Central bank spokeswoman Roong Mallikamas said an optimistic outlook on the global economic recovery, especially that of the US, will help to boost exports, as the US business sector is expected to purchase more communications devices such as personal computers.

Although China's 2013 GDP growth and manufacturing data this month were lower than expected, the world's second-largest economy still registered a broad-based economic recovery, she said.

However, Mrs Roong said the Bank of Thailand will likely cut this years export growth projection, saying the forecast this year may be slightly lower than the current estimate.

The central bank last October revised down its 2014 export forecast to 7% from 8%.

However, it plans to lower the country's 2014 GDP to about 3% from 4% and exports from 7% soon due to the lacklustre economy.

Mrs Roong said the economy is expected to pick up its pace clearly in the second half of this year, but that will depend on the domestic political situation and the government's budget disbursement.

Resolving the ongoing political conflict is expected to help domestic private spending to rebound, while a new government can proceed with its budget disbursement.

The deceleration of last year's economic momentum and the slow export recovery coupled with downside risks of public and private expenditure are factors contributing to the central banks revision of its GDP growth forecast this year, said Mrs Roong.

The central bank also trimmed its economic growth forecast in 2013 to below 3%.

Despite the murky economy, the Monetary Policy Committee on Wednesday left the policy rate unchanged at 2.25%, saying the current level is can accommodate economic recovery.

Mrs Roong said the political impasses will likely take a toll on off-budget spending, but there has been no effect on the government's budget disbursement for this fiscal year.

However, the government's 2015 budget disbursement may be delayed, as the disbursement planning process has not been initiated, she said.

Headline inflation this year is projected at 2.4%, while 1.2% is forecast for core inflation.

Despite the possibility that the weakening baht and increased energy prices may cause inflation to rise, slow domestic consumption and the private sector's unchanged inflation forecast will balance inflationary pressure, said Mrs Roong.

The financial market has not been affected by the recently enacted emergency decree, as the market has priced in the scenario, while the baht's movement has been in a limited range, she said.

Former transport minister Chadchart Sittipunt has denied a report he will rejoin Pheu Thai and be nominated as the party's candidate for prime minister in the next next general election.

Two men from west Africa have been arrested for alleged involvement in an online 57-million-baht rubber gloves scam.

WASHINGTON: Republican President Donald Trump and Democratic challenger Joe Biden clashed over the coronavirus pandemic and other issues in their first head-to-head debate ahead of the Nov 3 US election, with Biden attempting to highlight the incumbent's incompetence.

Sending work-related information to personal email account: a fast track to the firing-line

JPMorgan Chase fined $920m by US over market manipulation