LONDON - The London gold fix, the benchmark used by miners, jewellers and central banks around the world to value the precious metal, may have been manipulated for a decade by the banks setting it, researchers say.

Unusual trading patterns around 3pm in London, when the afternoon fix is set on a private conference call among five of the biggest gold dealers, are a sign of collusive behaviour and should be investigated, according to a draft research paper.

The paper was written by Professor Rosa Abrantes-Metz of the Stern School of Business at New York University, and Albert Metz, a managing director at Moody's Investors Service.

"The structure of the benchmark is certainly conducive to collusion and manipulation, and the empirical data are consistent with price artificiality," they say in the report, which has not yet been submitted for publication.

"It is likely that co-operation between participants may be occurring." 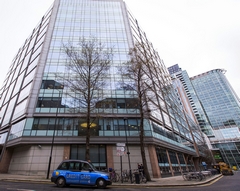 The paper is the first to raise the possibility that the five banks overseeing the century-old rate -- Barclays, Deutsche Bank, Bank of Nova Scotia, HSBC and Societe Generale -- may have been actively working together to manipulate the benchmark.

It also adds to pressure on the firms to overhaul the way the rate is calculated.

Authorities around the world, already investigating the manipulation of benchmarks from interest rates to foreign exchange, are examining the $20-trillion gold market for signs of wrongdoing.

The paper "is not a Moody’s research report", Michael Adler, a spokesman for the firm, said in an e-mail.

"The co- author of the paper was writing independent of his position at Moody’s and was representing his own research findings and viewpoint."

Officials at London Gold Market Fixing Ltd, the company owned by the banks that administer the rate, referred requests for comment to Societe Generale, which holds the rotating chairmanship of the group.

Officials at Barclays, Deutsche Bank, HSBC and Societe Generale declined to comment on the report and the future of the benchmark. Joe Konecny, a spokesman for Bank of Nova Scotia, didn not respond to requests for comment.

Prof Abrantes-Metz advises the European Union and the International Organisation of Securities Commissions on financial benchmarks. Her 2008 paper "Libor Manipulation?" helped uncover the rigging of the London interbank offered rate, which has led financial firms including Barclays and UBS to be fined about $6 billion.

The London rate-setting ritual dates back to 1919. Dealers in the early years met in a wood-panelled room in Rothschild's office in the City of London and raised little Union Jacks to indicate interest.

These days the fix is calculated twice a day on telephone conferences at 10.30am and 3pm London time. The calls usually last 10 minutes, though they can run more than an hour.

Firms declare how many bars of gold they want to buy or sell at the current spot price, based on orders from clients and themselves. The price is increased or reduced until the buy and sell amounts are within 50 bars, or about 620 kilogrammes, of each other, at which point the fix is set.

Traders relay shifts in supply and demand to clients during the call and take fresh orders to buy or sell as the price changes, according to the website of London Gold Market Fixing, where the results are published. At 3pm Friday, the price was $1,332.25 an ounce.

The process is unregulated and the five banks can trade gold and its derivatives throughout the call.

Bloomberg News reported in November concerns among traders and economists that the fixing banks and their clients had an unfair advantage because information gleaned from the calls provided an insight into the future direction of prices and banks can bet on spot and derivatives markets during the call.

Prof Abrantes-Metz and Mr Metz screened intraday trading in the spot gold market from 2001 to 2013 for sudden, unexplained moves that may indicate illegal behaviour. From 2004, they observed frequent spikes in spot gold prices during the afternoon call. The moves weren't replicated during the morning call and hadn't happened before 2004, they found.

There is no obvious explanation as to why the patterns began in 2004, why they were more prevalent in the afternoon fixing, and why price moves tended to be downward, Prof Abrantes-Metz said in a telephone interview this week.

"This is a first attempt to uncover potentially manipulative behaviour and the results are concerning," she said. "It’s down to regulators to establish why there are such striking patterns but banks have the means, motive and opportunity to manipulate the fixing. The results are consistent with the possibility of collusion."

Deutsche Bank, Germany’s largest lender, said in January that it would withdraw from the panels setting the gold and silver fixings. The German financial markets regulator interviewed the bank's employees as part of a probe into the potential manipulation of gold and silver prices.

"In general, research that finds certain price patterns does not as such constitute evidence of manipulation," said Thorsten Polleit, chief economist at the Frankfurt-based precious-metals broker Degussa Goldhandel GmbH and a former Barclays economist.

"However, it might encourage interest in finding out more about the sources of these price patterns."