The Industry Ministry will inspect 1,700 waste sorting and recycling plants nationwide following claims that some are operating illegally. 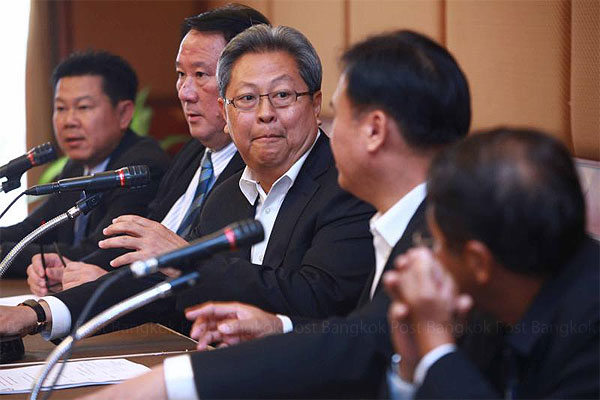 The move was part of a series of measures proposed by the ministry yesterday after a meeting with industrial offices in 20 provinces and four major waste disposal companies.

A fire that ravaged a garbage dumping site has prompted officials to beef up actions against illegal industrial waste disposal, with measures including the registration of vehicles transporting waste and the use of radio frequency identification in tracking waste.
The ministry is also planning to increase penalties for wrongdoers, who are currently liable to a maximum penalty of two years in prison and a 200,000-baht fine.

Nattapon Nattasomboon, director-general of the Industrial Works Department, said waste sorting and recycling plants have mushroomed and might be a loophole for illegal waste disposal.

"The department will inspect all of these factories to see if they have the capability to process the waste that they claimed prior to obtaining a permit. Some factories might be able recycle only one type of waste when in fact they claimed they could process more types," Mr Nattapon said.

Several sources from the waste disposal industry told the Bangkok Post that operators can ask for waste sorting and recycling permits for 800,000 baht each without the existence of any machinery.

Mr Nattapon admitted part of the problem lay in limited resources, as the department lacks the funds and officials to carry out inspections.

Industry Minister Prasert Boonchaisuk said he has asked industrial offices in each province to take action against the illegal dumping of industrial waste in landfills.

"These acts are caused by selfish business operators wanting to lower their costs," he said.

Ekarin Luengviriya, executive director of the SET-listed Better World Green Plc, said waste sorting and recycling factories are major problems causing illegal disposal, as they are not required to do environmental impact assessments and are not strictly regulated.

He suggests waste generators should be required to sign one-year contracts on a renewable basis with waste processors to ensure the waste cannot be disposed of elsewhere.

"Often we see waste generators choosing another company for waste disposal due to the lower cost, but sometimes that means they're dumping the waste at a landfill instead of recycling it or using proper treatment," he said.

Kriengkrai Lertsirisamphan, managing director of the SET-listed Professional Waste Technology Plc, said while it took almost three years for Professional Waste to obtain their operating permit, it took only a matter of months for waste sorting and recycling plants to obtain permits.