A massive fire broke out at a linoleum factory in Samut Sakhon's Muang district on Sunday afternoon. There were no immediate reports of casualties.

More than 10 fire engines headed to the factory on Setthakit Road.

According to the reports, there were six 200-litre tanks of oil plus machinary in the plant, as sounds of explosions were continually heard while firefighters were battling the blaze. 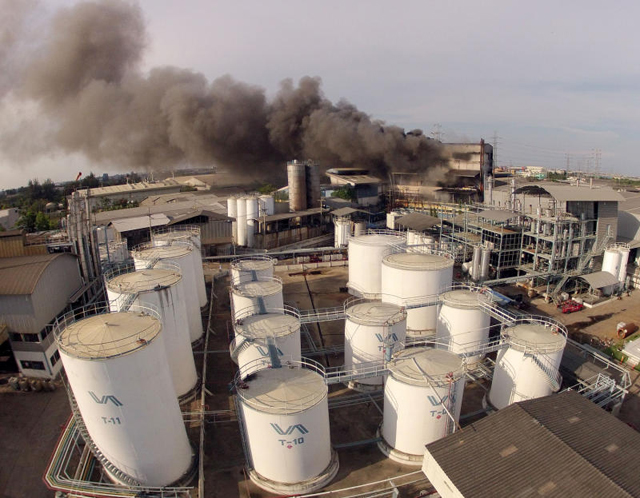 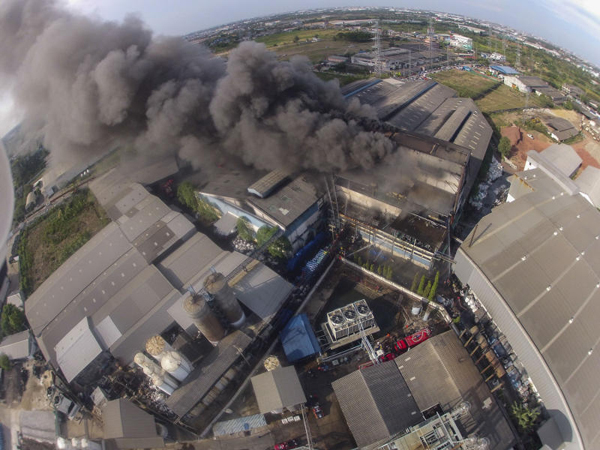 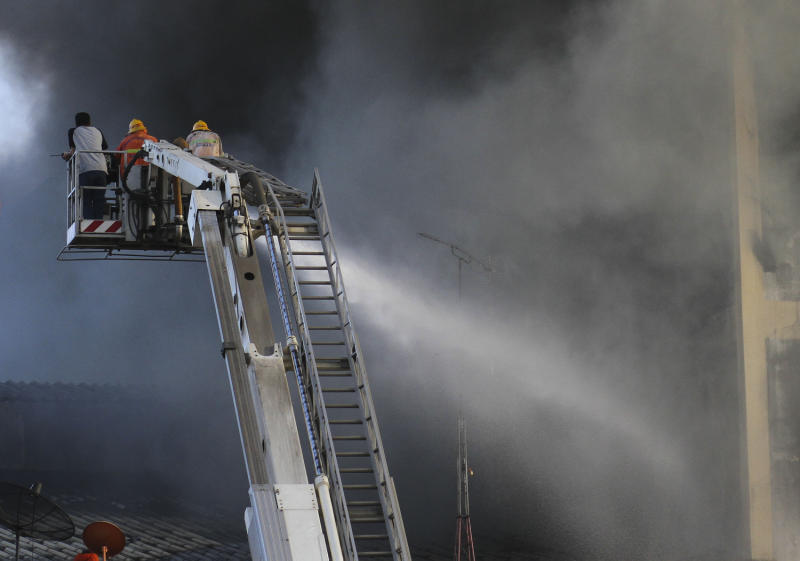