Despite the negative economic outlook, The Mall Group, arch-rival of retail giant Central Group, has announced a huge investment that will involve ploughing 60 billion baht into the development of six megaprojects. 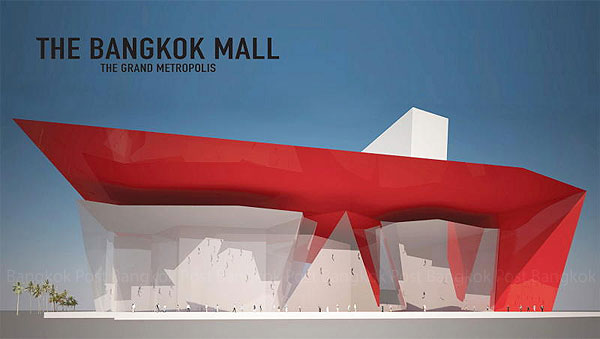 Supaluck Umpujh, the group’s vice-chairwoman, said about 20 billion baht will be used to develop Bangkok Mall on a 100-rai plot opposite Bitec convention centre on Bang Na-Trat Road.

Another 20 billion baht has been earmarked for the construction of Blu Pearl, a resort mall located on a 150-rai plot close to CentralFestival in Phuket.

The rest will be spent on the development of Blu Port, a resort mall in Hua Hin, and The EmQuartier, a shopping complex opposite The Emporium in Bangkok. The funds will be also used to build The Emsphere, next to the Imperial Queen's Park Hotel, and for a major facelift of The Emporium.

The ventures are expected to create up to 5,000 jobs, Ms Supaluck said.

On the group’s schedule, the renovation of The Emporium and the opening of The EmQuartier are set for the end of this year, while the other four projects will be ready for operation in 2017.

Once all six projects are operational, it will bring the total number of retail projects of The Mall Group to 14 with 2.5 million square metres of floor space, while sales of the group will reach 70-80 billion baht in 2017, up from an estimated 50 billion baht this year.

What convinced the group to inject such a massive investment is the brighter tourism outlook triggered by the launch of the Asean Economic Community (AEC) at the end of 2015, said Ms Supaluck.

Moreover, improvements to infrastructure, transport and airports in several cities are positive factors helping Thailand to achieve the target of 40 million inbound tourists in the next five years.

After that, the group moved from department stores to luxury shopping complexes, developing The Emporium on Sukhumvit Road in 1997 and Siam Paragon in Siam Square six years later.

"We are now ready to create an even greater success in what we see as a bold and pioneering step into Thailand’s retail business. The Bangkok Mall project will be a city within a city that houses not only retail space but office and residential areas," Ms Supaluck said.

The construction of Bangkok Mall will begin at the end of this year and take about three years to complete.

"The Philippines has the Mall of Asia, there's Dubai Mall in Dubai and the Mall of America in the United States, so why not the Bangkok Mall in Bangkok?" she said.

Bang Na-Trat Road, which leads to the east of the country, also boasts several shopping malls such as Central Bangna, Megabangna and Seacon Square.

Meanwhile, Central Pattana Plc, a Central Group developer, is set to renovate its complex, while Seacon Development Co has announced a 15-billion baht multi-purpose project on Srinakarin Road and set aside 1 billion baht for the expansion of The Nine project adjacent to Seacon Square.

Ms Supaluck said Phuket's Blu Pearl project will be developed under The Grand Majestic Palace concept on the main road of Patong Beach. This project will also feature hotels, condominiums and office buildings.

"The Blu Pearl will be the pearl of Phuket, the pride of the Andaman and a world-class luxury retail and entertainment resort destination in Asia," she said.

The group recently introduced the 5-billion-baht Blu Port, a project in Hua Hin, in collaboration with Proud Real Estate Co.

She said that The EmQuartier and EmSphere would not be just shopping complexes but also an office, residential and entertainment venue, adding that they will help put Bangkok at the forefront of the world retail market.

Ms Supaluck will today announce the details of the investment to the media, businessmen and investors, just one day before Central Embassy is launched on Phloenchit Road.

5G launches in US without huge impact on flights