Most companies operating in Myanmar and Southeast Asia fail to meet international standards for transparency, according to a survey by the Business and Human Rights Resource Centre (BHRRC). 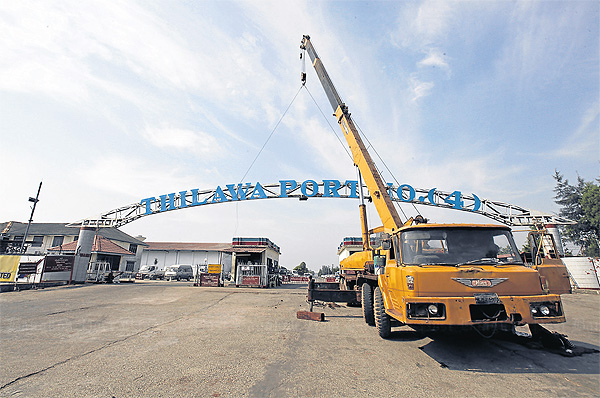 The Thilawa Special Economic Zone is one of the highest-profile Japanese ventures in Myanmar, but activists say Japanese financiers have failed to stop forced relocations of local residents to inadequate new sites.

The London-based organisation, with offices and research fellows in 180 countries, deals with about 5,000 companies with both positive and negative images on human rights. One of its main goals is to obtain responses about misconduct allegations made by civil-society groups.

The BHRRC noted that when it sought public responses from companies about specific allegations of human rights violations in Myanmar, the response rate was 47%, compared with a global average of more than 70%.

The sectors approached most frequently in Myanmar are oil, gas and coal (almost half or 47% of all approaches), along with finance, banking and insurance (19%). The high number for the latter illustrates their potential exposure as financiers or insurers of projects linked to human rights abuses. Other problem areas included tourism (10%) and dam-building and hydropower projects (8%).

Telecommunications and internet providers are also likely to come under increased scrutiny – including calls to ensure affordable access and to protect privacy and freedom of expression, the group said.

The centre called on companies doing business in Myanmar and in Southeast Asia to make vital information about their policies and operations publicly available, especially those related to their human rights practices.

The organisation emphasised that investment in Myanmar must be accompanied by responsible practices and respect for human rights: for example, some areas of greatest concern include people displaced for hydropower, mining and agribusiness projects who should be adequately consulted and given fair compensation; and workers who should be guaranteed a living wage and the right to organise.

It referred to the UN Guiding Principles on Business and Human Rights as a source of guidance on how companies should communicate externally. The goal is to provide a measure of transparency and accountability to individuals or groups, including investors, who may be affected by their business activities.

BHRRC sees the corporate response process as one of the most effective tools to combat abuses by companies. When the organisation receives allegations that a company has abused human rights, its researchers contact the company immediately and invite a public response, before making both the allegations and response available on its website.

Over the past 10 years that it has been covering Southeast Asia, the organisation has observed that seeking responses from local and regional companies has been more challenging, due to the lack of publicly available information about the companies themselves, as well as their failure or neglect to recognise the importance of responding publicly to human rights concerns.

Mr Bloomer said that with the dramatic increase in investment in Myanmar, communities and workers could benefit enormously, but there was an equal danger of substantial abuse, such as forced displacement of people from their homes and land, poverty wages, and dangerous conditions at work.

“The first action all companies must take is to communicate with affected communities and other stakeholders by providing public information about their plans and human rights policies,” he said. “Only with this basic first step can there be hope that growing investment will bring shared prosperity and shared security to the people of Myanmar.”

One very large foreign-invested project — the Thilawa Special Economic Zone (SEZ) — is now being watched with concern by the civil society because of displacement of local communities surrounding the port.

According to an NGO called Burma Partnership, the Japan International Cooperation Agency (JICA), which is financing the SEZ, is “treating the communities currently living on the site area with undisguised disdain, drawing ire from local and international organisations, including on their home turf”.

Covering around 2,400 hectares of land, the Thilawa SEZ is located outside Yangon and will include factories, a deep-sea port, housing developments and other infrastructure for transport and communications.

The project is a joint effort between Japan and Myanmar, with the Myanmar government and domestic businesses holding a 51% stake and the Japanese government and businesses owning a 49% stake with funding being channelled through JICA as part of Japan’s overseas development assistance.

Phase one of the project, which has already started, has involved the relocation of 300 villagers. However, the new site consists of inadequate housing, no alternative farmland, lacks a clean water supply and has very few livelihood opportunities, leaving people in debt just a few months after moving, the Chiang Mai-based Burma Partnership said.

The group said it had made repeated requests for meetings with the JICA, and sent letters to outline its concerns over local residents’ new living conditions, but that the Japanese agency had evaded responsibility, claiming it was the Myanmar government’s job.

“Yet this is the same government which, in August 2013, forced villagers to sign relocation agreements with the threat of destroying their homes, while the villagers were not provided a copy of this agreement,” the NGO said last week.

The Japanese NGO, Mekong Watch, pointed out that such behavior violates the JICA’s own social and environmental safeguards.

Thilawa is not the only megaproject in which JICA is involved with in Myanmar. In October 2013, the agency published a study it conducted in eastern Myanmar of a framework for development, including industrial estates and free trade zones, development of towns, and resettlement sites and economic opportunity for returning refugees and internally displaced persons.

What the study assumes is that peace in this area, which has been suffering from effects of armed conflict for decades, will be achieved through development, the NGO said.

The worrying part of this framework is that eastern Myanmar is still a very fragile place, with ceasefires only tentative and long-standing issues yet to be addressed, it said.

“If JICA plans to bulldoze ahead with projects such as industrial estates and infrastructure, all the while ignoring concerns of local stakeholders just as it has done with Thilawa SEZ, the consequences are potentially hugely destructive and the outbreak of active conflict a very real possibility,” warned Burma Partnership.

Without genuine and transparent dialogue with local communities, as well as ensuring local communities are part of making decisions that will permanently affect their future livelihood, Japan’s reputation in Myanmar will be sullied permanently, the NGOs say.

Thilawa SEZ, rather than being a showcase of sustainable development and prosperity, will be a symbol of disregard for the rights of local people, they concluded.