Buyers of super-luxury properties are unfazed by the political turmoil and last Thursday’s military coup, as they see Thailand’s economic fundamentals as sound and are more focused on a project’s progress. 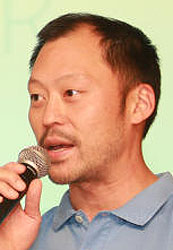 Sorapoj Techakraisri, chief executive of the SET-listed Pace Development Corporation, said the company had not received enquiries on the political situation and the coup from foreign customers, who were the main market in the super-luxury residential segment.

“Politics has had a minimal effect on buyers in the super-luxury segment. Their chief interest is the project’s construction progress,” he said. “When our project construction is above ground level, more units are sold.’’

The company’s project is The Ritz-Carlton Residences, Bangkok, with 200 units worth 14 billion baht at the 77-storey, mixed-use MahaNakhon tower located near Chong Nonsi skytrain station.

Units are priced from 40-300 million baht or 300,000 baht a square metre. Currently, 60% of the project value has been sold, with 1 billion baht made in the first four months of this year.

Construction of the tower, which will become Bangkok’s tallest building when completed at the end of next year, is currently at the 30th floor.

Another key driver was a change in property ownership of the project’s plot from leasehold to freehold since early the year, Mr Sorapoj said.

He said the property sector was attractive to local ultra-rich investors because interest rates have been very low over the past seven years, driving them to seek alternative investment channels including the stock market and property sector.

Though political problems in recent years have slightly affected the economy and property market, they have hit property prices, which have not increased in line with rises in land prices and construction costs.

While construction costs have risen by 10-20% a year, land prices in prime locations such as Soi Thong Lor have soared from 150,000 baht per sq wah in the past decade to 1.5 million baht at present.

“Our project’s selling price today should be 400,000 baht per sq m, but it cannot because of weak sentiment,” Mr Sorapoj said.

He said the recent coup improved market sentiment, but the company would reevaluate the situation and market sentiment over the rest of the year to see how roadshows abroad would be affected.

PACE shares closed yesterday on the SET at 1.84 baht, up one satang, in trade worth 9.56 million baht.