A surprisingly powerful earthquake struck northern Thailand and Myanmar last month, smashing windows, cracking walls, roads and damaging historical Buddhist temples. The impact could even be felt in Bangkok and Yangon, Myanmar’s largest city. Several dozen people were hurt and a number of families were displaced. 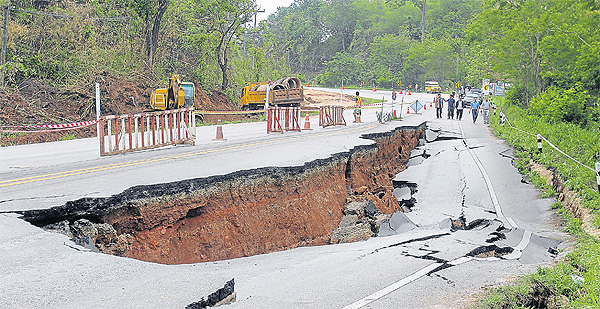 The Chiang Rai quake on May 5 measured 6.3 on the Richter scale and caused this crater on Highway 118 in Mae Lo district, among other damage.

The impact of the quake paled beside that of another deadly recent disaster in Southeast Asia late last year. Typhoon Yolanda (Haiyan), one of the most powerful storms ever recorded, claimed more than 10,000 lives, sweeping away entire coastal villages in the central Philippines. Sadly, these tragic stories have become common headlines in recent years.

Though the trend of more frequent natural disasters is global, Asia Pacific is the region that is most prone to their effects. According to United Nations agencies, in the past four decades, 75% of the world’s natural disasters took place in this part of the world, resulting in a loss of up to 2 million lives.

Yes, some people may call these acts of God and claim that human beings have no responsibility for such events whatsoever. All we can do, they say, is make limited efforts to alleviate their consequences once a tragedy arrives. 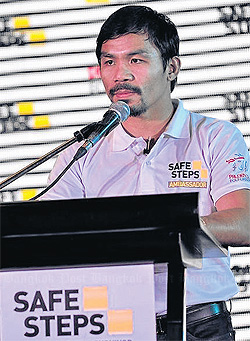 But there has been a slow revolution in the understanding of how humans are complicit with nature in ways that can either magnify or minimise climatic and geological catastrophes.

The improvement of technological early-warning systems that will act as hazard alerts in advance of the impact, or even something as basic as simple survival kits, explaining what should be done in response to natural disasters, could help save a number of lives.

“We acknowledge that most business organisations jump to help in coping with natural disasters at the relief stage. However, not so many people, apart from NGOs and governments, will do much at the preparedness stage,” Marc Fancy, executive director of the Prudence Foundation told Asia Focus in a recent interview in Manila.

“There is a gap for people to find simple and easy to access information on how to prepare and response in a natural disaster. And in a nutshell, this is ‘Safe Steps’.”

Safe Steps is a pan-Asian public service initiative that provides comprehensive, easy to understand and universally accepted information of what to do in a natural disaster. It has multiple platforms covering on-air videos, an informative website and educational materials that can be shared through community-based activities.

The importance of the multi-platform approach, said Mr Fancy, reflected the fact that the main goal was to be able to reach out on the largest scale possible. The information has to be available to as many communities as possible across the region.

“We’ve partnered with Fox Channel, which has enormous scale and a multi-channel approach, including powerful brands such as the National Geographic Channel. Secondly, we choose the right ambassador to be the representative for our project. In this case, Manny Pacquiao, the Filipino world boxing champion and a global icon, was the only choice,” said Mr Fancy.

Pacquiao said his personal experience in witnessing the devastation of natural disasters in the Philippines motivated him to work on behalf of Safe Steps.

“It is a fact that we cannot control a typhoon or earthquake from happening but we need to take some steps to prepare ourselves for them. Information distribution and training are very important,” he said.

Don Kanak, chairman of Prudential Corporation Asia, the regional unit of the British insurer, and Asia Trustee of the Prudence Foundation, said Safe Steps also highlighted the collaborative roles that communities and businesses can play together in strategic disaster preparedness.

He said prevention was already half the cure, therefore; preparation for disasters before they strike will minimise damages.

“It is very crucial that governments, businesses and NGOs work closely together. We need to encourage more people to be involved in the preparation stage so that the effects can be multiplied,” he said.

The main challenge, Mr Kanak said, was the scale at which the promotion can reach out, adding that raising public awareness would require time and a lot of efforts from all parties.

Safe Steps initially will focus on the survival steps people can take in the most common disaster situations in Asia - typhoons, earthquakes, floods and fire - as well as tips on how to prepare a life-saving emergency kit. 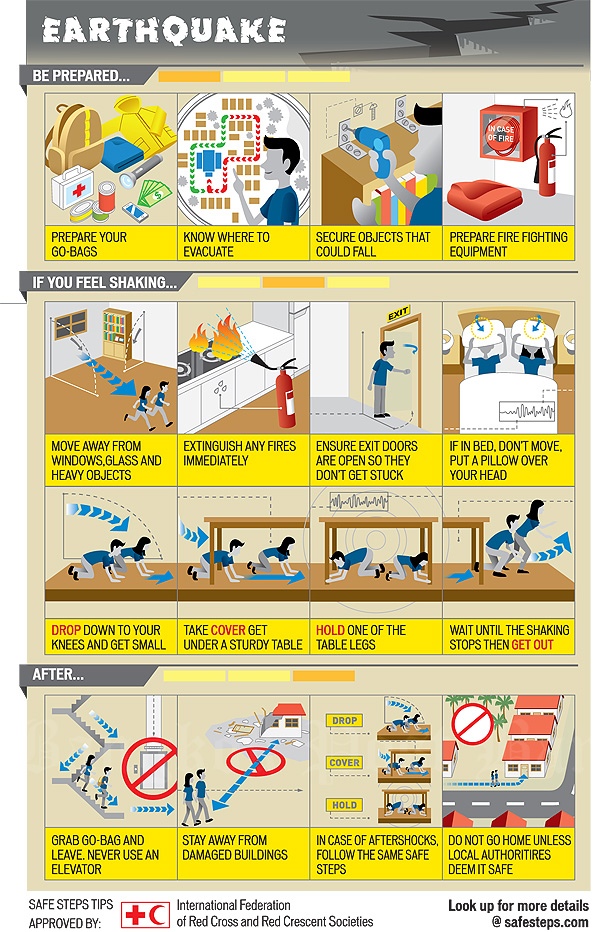