Gap's entry into Myanmar could attract more foreign buyers into the fledgling garment industry, thus improving working conditions and increasing employment, according to the chairman of the Myanmar Garment Manufacturers Association (MGMA). 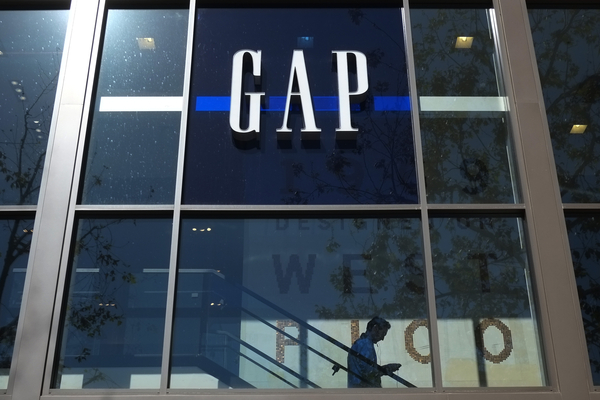 A shopper walks down the steps at a Gap store in Los Angeles. Gap Inc has announced plans to produce clothing in Myanmar, the first American retailer to enter the market since the country began its transition to democracy three years ago. (AP photo)

The giant US-based clothing retailer announced on Saturday that it had started sourcing products from two South Korean-owned factories in Yangon, making it the first US company to enter the garment sector since trade sanctions were eased in 2012.

With its experience in other countries, MGMA chairman Myint Soe said that Gap's presence was a good opportunity for improving workers rights while increasing productivity, DVB reported.

''Having more companies like Gap invest in Burma will create a lot of job opportunities, and as it is a responsible investor, it can improve the rights and working standards for garment workers, making conditions better than they are now," DVB quoted Myint Soe as saying, adding that Myanmar's primary garment investors, Japan and South Korea, often focused on more detail-oriented clothing, which reduces productivity.

''Companies like Gap prioritise quantity while also accepting decent quality products and they are not as strict as Japan or South Korea. I hope this will make work more convenient for our workforce and improve their productivity,'' he said.

Myint Soe added that he hoped apparel exports would reach US$2 billion (65 billion baht) by 2016.

After Washington a trade embargo on Myanmar in 2003 for its use of child labour, the once-profitable apparel industry dropped from $800 million in apparel exports to $300 million. After the US and European Union eased sanctions in late 2012, the industry saw a steady increase in exports to about $1.2 billion in 2013, a 33% increase from the year before.

But major brands have been slow to enter, making Gap's investment a significant step. According to Courtney Wade, a Gap spokeswoman, the two factories will be producing outerwear for the company's Old Navy and Banana Republic outlets. A company fact sheet also said that Gap's investment in the two factories would create jobs for about 4,000 people.

She declined to name the factories or their locations, citing competitive reasons.

While Gap is the first American brand in Myanmar, but it is not the first major clothing company. The Swedish fashion brand Hennes & Mauritz (H&M), the second largest global retailer by sales, has been placing test orders from Myanmar since 2013, said company spokeswoman Andrea Roos, and is currently sourcing products from three Yangon factories and one manufacturer in Pegu Division.

''H&M is an expansive company and we always look for new potential sourcing markets,'' Ms Roos said, declining to name details on the production value or future investments. ''Our presence in our production markets is long-term.''

Despite the interest, Myint Soe said that the industry still faces major challenges, such as the high cost of land prices for new factories and a lack of infrastructure.

''The government has to improve the infrastructure, such as for ports, transportation systems, electricity and communication lines,'' Myint Soe said, adding that growing industrial unrest in the sector is troubling as well.

''The issues we are seeing between garment workers and their employers is not a good sign. They need to negotiate and be more cooperative with one another. Otherwise, the garment sector will get stuck midway to development despite having the opportunities.''

Steve Marshall, liaison officer for the International Labour Organisation in Myanmar, said that in terms of minimum wage and labour rights issues, it is crucial for MGMA to play a key role.

''Clearly, it is early days in the reform and transition process [to enter this market], with a number of business risks remaining,'' Mr Marshall said in an e-mail. ''However, responsible investment working within national laws and recognising internationally accepted fundamental principles and rights at work has the potential to support both the social and economic reform objectives.

''The question of timing will no doubt be informed by each company's due diligence process."

Duterte retained US military deal as ‘concession’ for vaccines

Philippine President Rodrigo Duterte said US vaccine donations convinced him to keep a military deal between the two long-time allies that forms a key part of President Joe Biden’s efforts to counter Chinese influence in the region.