The National Broadcasting and Telecommunications Commission (NBTC) has condemned the Norway-based mobile operator Total Access Communication (DTAC) and asked it to clarify a company statement regarding an alleged order by the regulator to block Facebook.

Flashback: The May 28 outage of Facebook was front page news and the top story of May 28 as many believed the military junta had begun full-scale internet censorship.

Telenor of Norway, which owns DTAC, this week claimed online that Telenor Group confirmed that on May 28, DTAC received notification from the NBTC at 3pm that it must temporarily restrict access to Facebook. The restriction, which was implemented at 3.35pm, affected DTAC's 10 million Facebook-using customers.

Telenor said it believed in open communication and regretted any consequences this might have had for the people of Thailand.

But the Thai authorities claim the Facebook blackout was due to technical glitches and not purposely blocked.

"DTAC's statement has caused extensive damage to the regulator's image. We want the company to take responsibility by clarifying exactly who ordered Facebook to be blocked," said Col Settapong.

He insisted the NBTC had never ordered Facebook to be blocked as reported by a Telenor executive.

Meanwhile, the NBTC will form a committee to examine the shareholding of DTAC and the proportion held by Telenor.

"If it is found that the proportion of foreign shareholding in DTAC is a clear breach of the law, then we will immediately proceed under the law to prevent foreign dominance of this industry. The company may not be allowed to participate in the 4G-spectrum auction," Col Settapong threatened.

He denied the move had anything to do with Telenor's Facebook allegations but said it was simply the NBTC's duty to examine the shareholding structure of potential bidders. 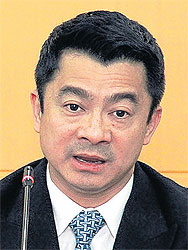 Termination of Employment in Thailand