Price should be based on market, says body

The Thailand Development Research Institute (TDRI) has called on the National Council for Peace and Order (NCPO) and concerned agencies to raise the price of natural gas supplied to the petrochemical sector to the same level as other sectors to increase energy efficiency. 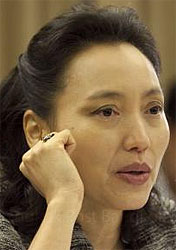 The price of natural gas and other fuels have been distorted because of different pricing tiers that vary by the source such as the Gulf of Thailand or Myanmar.

Gas from the Thai gulf is quoted at US$10 per 1 million British thermal units (BTUs), compared with an import price of $18 per million BTUs. The local price should be $18, said Deunden Nikomborirak, research director for economic governance at the TDRI.

"The price should based on the market and differences should be allocated to the Oil Fund to support those in specific sectors such as low-income earners, without using tax revenue," she told a roundtable on energy reform yesterday.

Making local prices equal to import prices will encourage more domestic production and efficient use of gas, reducing gas imports, said Mrs Deunden. Manufacturers in the petrochemical industry will continue to use the gas because they have the capacity to do so.

"The government should also end subsidies for liquified petroleum gas in the transport sector. This too will help to reduce gas imports," she said.

The structure of natural gas business should be overhauled because both gas separation plants and transmission pipelines are mostly owned by energy giant PTT Plc.

"Spinning off gas separation facilities and transmission pipelines will stimulate competition. More products would be developed," she said. 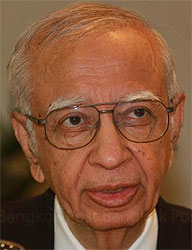 The institute suggested offering an appropriate price for domestic energy by creating incentives for producers to generate power without excess profit and at reduced production costs.

The TDRI also pushed for good governance in the energy business with enterprises revealing details of their purchasing contracts to concerned agencies and the public. Energy policymakers should not sit as board members on energy companies, she said. Over the long term, prices should be based on the market, and stakeholders should be involved in creating the structure and pricing.

Ammar Siamwalla, a prominent economist, said there was ongoing debate over whether oil imports should be based on the price in Singapore, as the price of exports was cheaper. The reality is if export parity is used, the refinery will not make profit; if it is based on imports alone the price will be expensive. An appropriate price is somewhere between export and import parity.

He also said natural monopoly is good, but people must benefit from it.