CTH, a leading pay-TV operator, has finally entered into a merger agreement with a unit of GMM Grammy in a share-swap transaction, ending months of speculation. 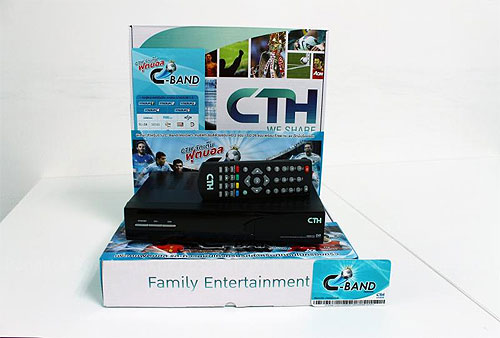 Under the deal that was closed yesterday, CTH subsidiary CTH LCO will fully own GMM B, the satellite pay TV operating unit of Z Trading, which is itself a unit of parent firm GMM Grammy, in exchange for Z Trading owning 10% of CTH.

The transaction size is calculated based on the consolidated financial statements of the companies and subsidiaries as reviewed by a certified auditor with EY Office, a member firm of Ernst & Young.

The GMM Grammy board approved the share-swap agreement at board meeting yesterday.

The share exchange is expected to be completed this month, GMM Grammy said in a statement to the Stock Exchange of Thailand.

A contract signing will be held today, a source close to the deal said. Upon completion of the merger, the company will not be renamed.

GMM's statement classified the transaction as an asset acquisition. CTH and GMM expect their financial status and operating results will improve after the consolidation.

Additionally, it will result in significant synergies and efficiencies in management and operations, reduce the company's content costs and help to support each other in the business arena.

"A merger of this nature, with immediate opportunities for synergies between the two leading operators in the country, will create greater value for both parties and enable them to create strong broadcasting platforms in both the cable and the satellite systems," said an industry analyst.

Once the merger is completed, it will improve the profitability position of both groups, the analyst added.

An industry veteran said the merger would provide a good opportunity to progress and develop their pay TV platforms.

Thailand's satellite pay TV industry is a highly competitive business that requires huge investment. The nature of the businesses of CTH and GMM B can encourage and support each other, reducing costs and competition for both companies.

CTH was formed by cable operators nationwide providing several types of content and has a customer base of 2.5 million households.

The company beat out contenders TrueVisions, GMM Grammy, RS Plc and Channel 7 for the EPL rights.