The Lands Department says it is prepared to revoke any illegal land possession documents in Phuket’s Sirinat National Park if they are found to be illegal by an investigation to be held over the next 60 days. 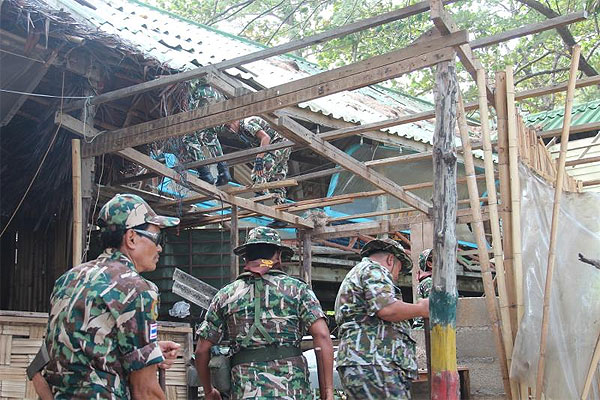 "We cannot immediately revoke land possession under Sor. Kor. 1 land titles just because of a complaint without any investigation."

The Sor. Kor. 1 document is notification of possession of land, and few real rights are associated with it.

It entitles the holder to occupy and use the land, generally for farming.

The person who actually occupies the land may have a better right than the person who just has the notification form.

However, the last time a Sor. Kor. 1 was issued was in 1972, and the deadline for upgrading the notification or applying for a proper ownership title at the Lands Department has expired.

An upgrade now is only possible through a court procedure.

Mr Peerasak, who assumed his position on July 7, said authorities could be sued if they revoked any documents without a careful investigation, only to find later that the documents in question were legal.

"These documents must be scrutinised very carefully, as the land in question is worth billions of baht," he said.

The national park has long been greedily eyed by unscrupulous investors and influential figures.

More than 2,700 rai of parkland has been encroached upon and turned into a variety of private ventures — high-end resorts, mansions and condominiums.

Mr Peerasak said some people have held rights to some of the land in the park area since before it was declared a reserved forest.

"Land titles for national park land are illegal, as land in national parks is not eligible for titles," he said.

"Any Sor. Kor. 1 titles were revoked at the time the park was declared a reserve forest in 1964. But this affected the land rights holder as well as the reliability of the department in issuing land rights."

The Forestry Department compensated landowners staying in the reserve forest before it became a national park in 1981.

But after that, no land rights documents for land in the national park could be issued.

The Thalang Lands Office has in the past requested that the provincial office ask the National Parks Department for land ownership survey documents and a list of landowners in the park who were compensated.

But nothing was ever received, so it was unable to judge the status of any Sor. Kor. 1 for this area.

The National Parks Department said it was taking legal action regarding encroachment on 379 plots totalling 2,743 rai worth more than 50 billion baht in Sirinat National Park.

On July 8, the Lands Department was notified by the National Parks Department about land encroachment, based on information obtained from the DSI.

The Lands Department is investigating land rights documents for 20 plots in Sirinat National Park occupied by 14 individual and private companies.