The National Broadcasting and Telecommunications Commission (NBTC) has fined AIS and DTAC over 150,000 baht a day for overcharging clients for voice calls. 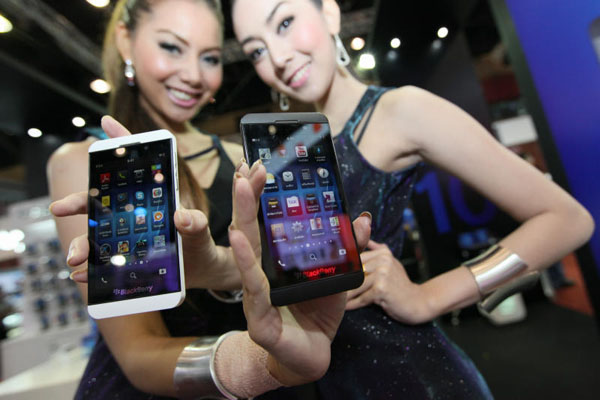 Phone marketing campaigns continue to woo users while the voice call fee ceiling has been violated. (Photo by Patipat Janthong)

NBTC commissioner Prawit Leesathapornwongsa said on Friday the regulator had announced on April 3, 2012, to cap the fee for mobile voice calls or 2G service at 0.99 baht per minute, effective Dec 31 of the same year.

However, Advanced Info Service Plc (AIS) and Total Access Communication Plc (DTAC) have continued to defy the order, forcing the regulator to impose the fine, which took retroactive effect on May 16 this year.

Mr Prawit said from late 2012 the NBTC found 99 mobile phone service packages in violation of the fee limit — 66 offered by AIS and 33 by DTAC.

The NBTC wrote to both companies and asked them to comply with the rule but they replied that some service plans could not be terminated right away because clients were using them.

Early this year, the NBTC formed a committee to set the fines. On April 25, the commission sent another round of warnings to both operators and required them to comply by May 16.

As AIS and DTAC continued to defy the order, NBTC secretary-general Thakorn Tanthasit sent urgent letters on July 17, demanding that AIS pay the daily fine of 186,669 baht and DTAC 157,947 baht from May 16 this year.

"The companies have not complied and have always charged higher than the fee ceiling. We found that from their promotional service packages and a large number of users' complaints... We do not want money but only want to force the companies to do it right," Mr Prawit said.