The Day the Music Died
Business

The Day the Music Died

Indian classical music exponents urge the government to set up an academy in Varanasi before the practice vanishes.

As elsewhere, music in India has its origins in religion. Hymns sung to the temple gods eventually began to be organised into ragas. It was just as well that Varanasi, the holiest Indian city, with some of the holiest temples, shrines and ghats, became a cauldron of music and musicians. Anshuman Maharaj, a sarod virtuoso at 28 years of age, is a rarity in an age when young musicians prefer other instruments.

From Tansen in the fifteenth century to Ravi Shankar in the twentieth, Varanasi nurtured a panoply of musicians. Music thrived, as did the musicians. Varied musical styles and instruments evolved in these schools of music (gharanas) and people flocked to them from far and wide. Even the Bhakti movement saints –Kabir, Ravidas, Ramananda – all of whom hailed from Varanasi, used music to spread their message of humanity. Blessing them all was the Hindu God Shiva, Varanasi’s presiding deity, a god among other things of dance and music.

Sadly, today the music is dying out in Varanasi. Living in neglect, the musicians now look at any opportunity to move out of the city. Concerts deal more with Bollywood themes, and Indian classical music as a consequence receives short shrift from audiences. Students wishing to learn Indian classical music are few and far between, and there is a real danger of some of the classical traditions vanishing and the old instruments falling silent forever.

“There are no young students playing sarod in Varanasi. No one wants to learn it. I have students who come to me to learn classical guitar, but not sarod," laments Anshuman Maharaj, a 28-year-old sarod exponent. Even Banaras Hindu University, which has a fairly comprehensive music department, does not have a sarod or santoor teacher.

The late Ustad Bismillah Khan, who was conferred the highest civilian award, the Bharat Ratna, for his contribution to shennai, lived in virtual poverty in Varanasi all his life. He famously wrote to the music centre for help to pay his rent because he had no money. 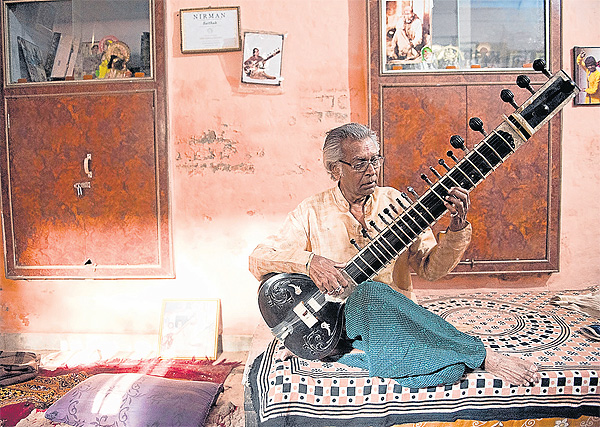 “There is no encouragement for the younger lot here,” says veteran sitar player Aman Nath Mishra, 73.

He said there is more respect for Indian classical musicians abroad. “They know more about our music now,” he said.

This sentiment is echoed by sarangi maestro Santosh Mishra. “We are losing our own traditions. A time may come when we have to go abroad to learn our own classical arts from Westerners.” His two children who are both musicians chose not to live in Varanasi. One lives in Switzerland and the other in the US.

The West is where most of the musicians are headed. Those who are too old to move permanently look forward to their annual invitations abroad. Most Varanasi musicians receive a summer invite for concerts and workshops overseas. Over there they feel they are given their due, treated as royalty while students flock to them.

“There is no encouragement for the younger lot here. There is nothing to motivate them," said Aman Nath Mishra, 73, a sitar player who goes to Italy every year for a month of performances.

All the musicians here believe Varanasi’s musical heritage can be restored if a music academy, which they have been demanding for decades, is set up in the city. 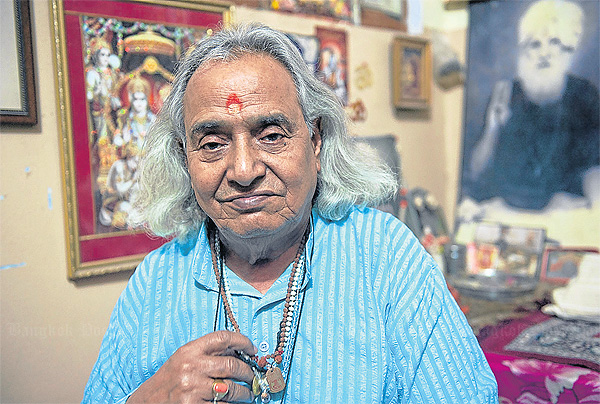 “The government is deaf. It doesn’t want to listen. Ten times in front of me, Rajan and Sajan Mishra and Girija Devi (all famous classical singers) appealed to the government for a music college where musicians could pass their knowledge on to students,” said Kaniyalal Mishra, a sarangi exponent.

The need for a music academy in Varanasi is underscored by the fact that artists like Girija Devi who left Varanasi admitted they never would have left if the city had its music academy.

Today the smattering of musicians who still live in Varanasi teach from their homes to mostly foreign students who come to learn because of its exotic appeal.

The decision by Prime Minister Narendra Modi to choose Chhannulal Mishra, a famous Hindustani singer, to propose his name from Varanasi is seen by the musicians as a positive sign.

But not all are hopeful. “Bismillah Khan asked for petrol pumps for his sons rather than a music academy. Had he insisted on the academy, the government could have complied. With him dead, I am not so hopeful,” said Kuber Nath, a tabla player.

Kaniyalal Mishra blames it on the politicking musicians themselves: “Every musician wants the academy to be built based on their recommendation and not otherwise.”

Will the musical heritage of Varanasi ever be restored? All eyes are now on the Modi government.