A year after collapse, fully repaired Saphan Mon remains a bridge too far

A year after its midsection fell into a river below, Thailand’s longest wooden bridge remains far from reopening. 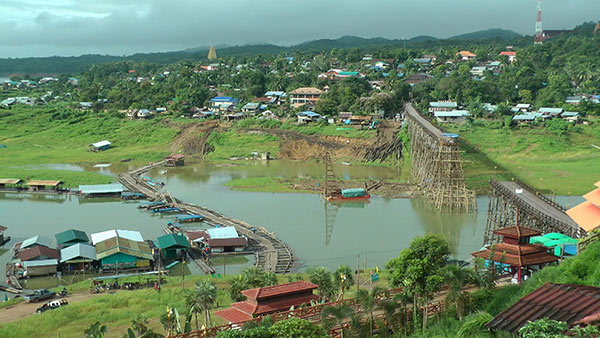 After a year of collapse, only 30% of repair progress is made at iconic Saphan Mon in Kanchanaburi.

Repairs to the famed Saphan Mon bridge in in Kanchanburi's Sangkhla Buri district is only 10% complete and will not be finished by the original Aug. 6 projected completion date, district chief Chatip Rujjanaseree said.

Seventy meters of the 850-metre "bridge of faith," formerly known as Uttamanusorn Bridge collapsed last year and the 16.4 million baht repair job begun April 9 was supposed to last only 120 days. It will take substantially longer.

Mr Chatip said the project hit delays early due when a temporary bridge had to be moved 60-70 meters to sit next to the Saphan Mon.

The province's desire to re-use old wood also delayed the project, as divers were only able to recover 26 logs. Around 1,300 are needed and the recovery program since has been scrapped.

Local villagers are complaining about the province's management, which earlier originally wanted to handle the repair themselves. To them, the "bridge of faith" represents the spirit of unity and teamwork binding locals together, as well as the power of religious faith.

The construction of the bridge was initiated by late revered monk Luang Pho Uttama, the former abbot of the iconic Wat Wang Wiwekaram. 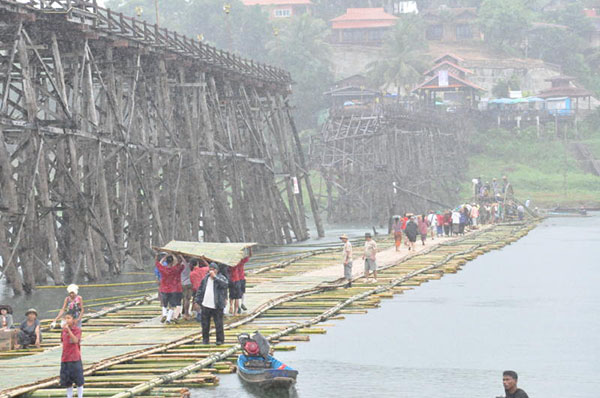