The Finance Ministry has revised down the 2014 economic growth forecast to 2% from its earlier forecast of 2.6% in March due to a higher-than-expected contraction of 0.6% in the first quarter. 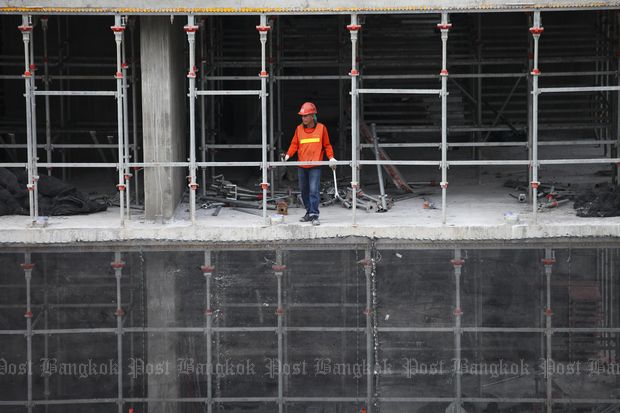 The economic growth can exceed 2% if public spending is accelerated. — PATIPAT JANTHONG

Exports are projected to grow by 1.5%, driven by the recovering world economy and local tourism while imports are likely to contract by 5.2% despite accelerating demand in the second half.

Inflation will increase slightly from last year to 2.4% in line with raw material costs but LPG and diesel price fixes will help slow the rate.

Trade surplus will grow year-on-year, resulting in a current account surplus of $13.4 billion baht or 3.3% of gross domestic product.

"Among the risk factors are world oil prices in the wake of unrest in Iraq and Ukraine," said Mr Kritsada.

"The Thai economic growth can exceed 2% if the government speeds up disbursing the fiscal 2014 budget and public spending in the early part of fiscal 2015 while implementing measures to promote exports and tourism," he said.

The automobile sector was the hardest hit by the sapping domestic demand following the end of the first-time car buyer programme.

Output from the electronics sector slid by 0.05%. Hard-disk drive production fell 4.11% due to lower exports to China while other parts components increased.