Rotten rice may be used for ethanol
Business

Rotten rice may be used for ethanol

The Finance Ministry is looking to sell about 100,000 tonnes of rotten rice in the government’s stockpile to national energy conglomerate PTT Plc for processing into ethanol. 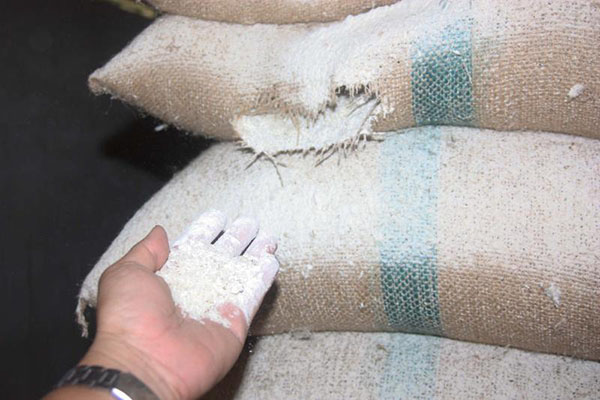 Grain in some sacks stored at a warehouse in Phitsanulok's Wat Bot has decomposed and had turned to powder, public auditors said. Dead rats and pigeons were also found on site. (Bangkok Post file photo)

Finance permanent secretary Rangsan Sriworasart, chairman of a sub-committee on closing the rice pledging scheme account, said inspectors had so far found about 100,000 tonnes of inedible rice which could be processed into something else.

PTT had expressed interest in purchasing the grain for use in the production of ethanol. More discussion was needed on the amount and the price.

Mr Rangsan said he felt that 20% of the pledging price would be satisfactory.

The Yingluck Shinawatra-government's programme allowed farmers to pledge ordinary white rice to the government at 15,000 baht a tonne, at least 40% above the market price, and 20,000 baht for fragrant rice.

After the May 22 coup, the National Council for Peace and Order ordered the inspection of government rice stocks in 1,800 warehouses to establish the facts behind allegations of corruption and mismanagement of the scheme. The fnal result is expected in August.

There were also reports of missing rice in some provinces, including Pathum Thani where construction scaffolds were found in the middle of the stacked rice, boosting the size of the pile.