Public-private partnerships and infrastructure funds could be used as a major source of funds for electric train projects in parts of Bangkok, while the annual budget could be used for dual-track rail projects, says MR Pridiyathorn Devakula, an economic adviser to the junta. 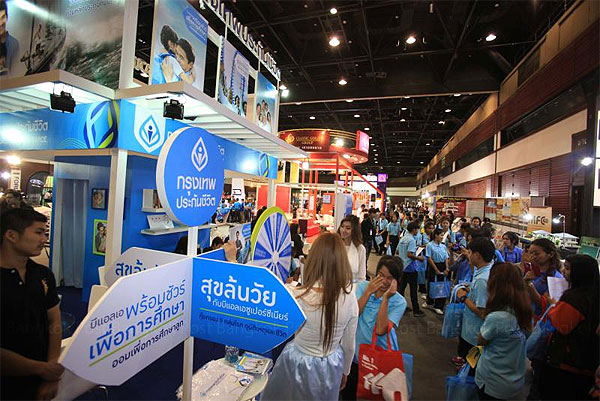 The Post Today Investment Expo 2014 kicked off yesterday at the Queen Sirikit National Convention Center in Bangkok. Running until tomorrow, the event has been organised by ‘Post Today’, sister paper of the ‘Bangkok Post’. PHRAKRIT JUNTAWONG

"Approaching the private sector to invest jointly [in some infrastructure projects] could halve the construction period to five years from 10 years, and this could accelerate the speed of economic momentum," he told a forum at the Post Today Investment Expo 2014 yesterday.

Construction of the dual-track projects needs to be expedited with the advent of the Asean Economic Community late next year, MR Pridiyathorn said.

Under the plan, six one-metre-gauge dual-track rail routes covering 887 kilometres are scheduled to start late this year and next. 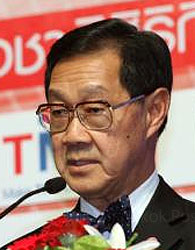 The clearer picture of the infrastructure investment will improve confidence among the private sector and banks, while the property sector will expand along the new rail and road routes, MR Pridiyathorn said.

He said the economy would be better in the second half due to the junta's clear-cut infrastructure policy aimed at making Thailand a regional economic hub.

The Finance Ministry's Fiscal Policy Office recently forecast that first-half economic growth will contract by 0.4% year-on-year. It also lowered its 2014 growth projection to 2% from 2.6% predicted in March.

Second-quarter GDP figures are due this month.

Separately, MR Pridiyathorn said the junta planned to unveil rice farmers' assistance in the next couple of months to ensure domestic consumption would not be interrupted.

The costs of the measures will far less than those for the rice-pledging scheme, he added.

Angsuras Areekul, president of the Thai Contractors Association, said the recently approved infrastructure investment plan would boost the construction industry, which had sharply declined since the political problems.

However, the labour shortage will become a major problem for the government to cope with.

Given that domestic workforce supply falls short of demand and labour from neighbouring countries is needed, he suggested the NCPO lower health checkup expenses to ease the burden of foreign workers.

The one-stop service can reduce the number of processing and contact spots from more than 10 agencies to only one via only the Labour Ministry.

Neighbouring countries' labourers should also be allowed to relocate to other locations as they always move to new construction sites.

However, such workers should be prohibited from moving to new employers for a certain period — for example, three years, Mr Angsuras said.