Thailand is the world's third-most dangerous base for accessing the web, as the country lacks data security measures and law enforcement, says a global computer security firm. 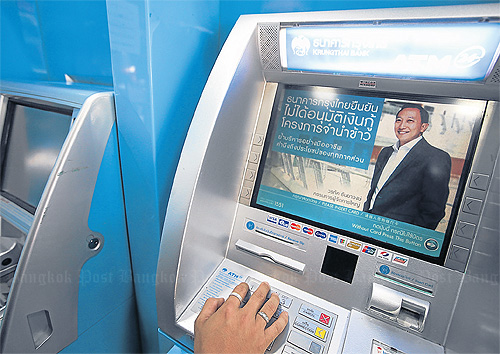 Nearly 100 Thai government websites have been hacked and used to distribute malware, representing 85% of all government-hosted malware in the world, said a report by English internet services firm Netcraft Ltd.

"All these world records reflect that Thailand urgently needs to set up a national computer emergency response team (Cert) as a command centre to manage and collaborate on national cybersecurity threats and cyberwarfare," said Surangkana Wayuparb, director of the Electronic Transactions Development Agency (ETDA) under the ICT Ministry at a forum entitled "14th Regional Asia Information Exchange".

The country also needs to increase its information security experts to cope with the increasing threats.

They can have a major effect on the country's economy and national physical security.

"Cyberattacks pose a serious challenge to people at all levels, from end-users to enterprises and government agencies," Mrs Surangkana said.

She said the number of global internet users was expected to reach 3 billion this year.

Thailand has 30 million internet users out of a population of 70 million.

The country's e-commerce was valued at 740 billion baht last year.

Mrs Surangkana said the ETDA would propose a national Cert to the junta. If approved, the ETDA expects a centre will be created by year-end.

The creation of a national Cert is expected to upgrade the ETDA's existing computer emergency response team to a full national command centre, she said.

The ETDA plans to spend one-third of its fiscal-2015 budget of 429 million baht to enhance the capacity of its information security system and buying new advanced digital forensic equipment.

Mrs Surangkana said it was time for the Thai government to impose strict measures and start enforcing the law in dealing with increasing cyberthreats.

The government needs to develop more secure websites to reduce their vulnerability to cyberterrorists and educate consumers about cybersecurity concerns, she said.