Thirty global investors with a combined 500 billion baht in the Thai capital market are satisfied with the junta's economic roadmap and time frame for bringing the country back to democracy, says Paiboon Nalinthrangkurn, chairman of the Federation of Thai Capital Market Organizations. 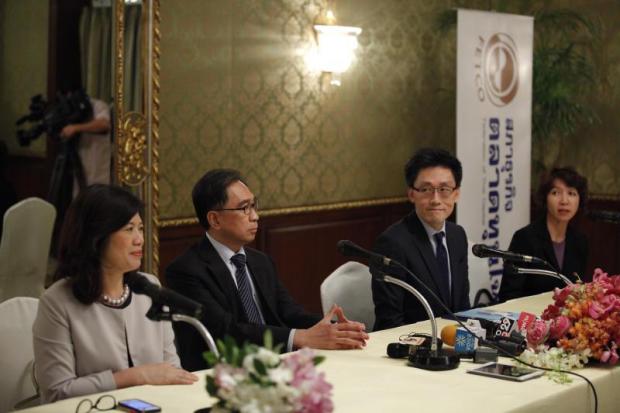 Gen Prayuth Chan-ocha, chief of the National Council for Peace and Order, has assured these offshore investors that an interim prime minister would be appointed in October and a new general election held next year as planned, Mr Paiboon told a press briefing at a seminar yesterday entitled "Thailand's Resilience: A Roadmap to a Sustainable Recovery".

The event was the country's first roadshow for major foreign investors since the May 22 coup.

The first phase is keeping the peace, encouraging reconciliation and solving problems accumulated during the caretaker government; the second is setting up an interim government and amending laws seen as obstacles to the country's development; and the third is arranging a general election.

The army chief also said the junta was speeding up the passage of 400 laws, while priority projects for the 2.4-trillion-baht infrastructure development have already been mapped out.

"The outcome [of the meeting with 30 investors] was positive for the Thai stock market, but whether foreign investors will pile up Thai shares to the same level as they sold them depends on how effectively the government puts the plan into practice in the next year," Mr Paiboon said.

Foreign investors sold Thai shares with a net value of almost 200 billion baht last year, while their sell-off has extended into this year with the withdrawal of 26.1 billion baht from the Thai exchange.

Mr Paiboon said the 30 investors had put money into Thailand for more than a decade, so they well understood the country's political situation.

SET president Kesara Manchusree said offshore capital had returned since the end of the political turmoil, with foreign investors net buyers of shares worth US$427 million last month and $63 million this month.

The Thai stock market remains attractive due to higher dividend yields and earnings per share than in other countries in the region despite the local bourse's recent rally.

Thai shares have surged 18% this year compared with gains of 20% in the Philippines, 4% in Singapore and 0.3% in Malaysia.

Ms Kesara said the 30 investors' assets in the Thai capital market of 500 billion baht were significant, and they could increase their exposure here if they had a positive view.

Foreign investors account for 31-34% of the Thai bourse's market capitalisation.

As of yesterday, the SET's market capitalisation totalled 13.9 billion baht.

The SET will host the Thailand Focus roadshow from Aug 27-28.