Although interest rate increases by central banks in major western economies could lead to more subdued capital markets in those regions for a short time, the prospects for Asia remain vibrant, says an international finance and investment strategist. 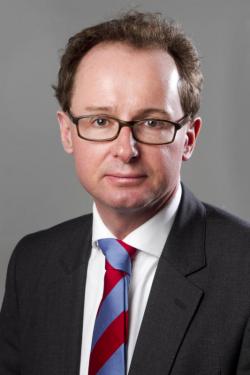 "Asean and Asia overall will not see much of an impact from the fallout of QE (quantitative easing), and therefore we feel that it would be good to get into such markets," Tom Elliott, the chief strategist at deVere Group, said during a recent visit to Bangkok.

The United States and Europe may see some impact from a possible rise in interest rates as the US Federal Reserve winds down its QE stimulus and other central banks follow suit, expected within the next 12 months or so, said Mr Elliott, who was the executive director of JP Morgan Asset Management before joining deVere Group.

DeVere Group is an independent international financial consultancy with a network representing 80,000 clients in more than 100 countries and more than $10 billion in funds under management.

Asean, Mr Elliott said, was relatively immune to many of the problems being witnessed across the world. Even during the selloff in emerging markets in February this year, strong economic data for most of Asean convinced investors of its resilience.

China, India and Indonesia are likely to be the key drivers in Asia as they have leadership that is focused on growth, he said.

"What is there not to like about the current government in India?" he asked rhetorically when the question of India was raised.

He said that if newly elected Prime Minister Narendra Modi can adapt his Gujarat model for the entire country, then on a long-term basis the valuation of the Indian market, which has risen in anticipation of the changes Mr Modi will make, is still cheap.

As for Japan, he said that it was on a growth path but investors needed to be cautious because household incomes have not risen in the way needed to drive real growth in the economy. A boost in consumer confidence is also needed to spur further economic expansion in Japan.

One of the surprises, he said, was going to be China, which will keep its economy moving although it wants to gradually shift toward a more consumption-based model.

He said the Chinese government was also becoming more open when it comes to allowing greater transparency in the financial sector, which was evident from the recent decision by authorities to allow a company to go bankrupt.

In March this year, Shanghai Chaori Solar became the first Chinese company to default on its domestic bonds after it failed to pay $14.6 million in interest to its bondholders.

Reports have suggested that as of last year, according to Standard & Poor's, corporate debts in China topped $14.2 trillion.

Mr Elliott said the Beijing government had managed to bail out only retail investors but not the bigger ones, so the impact on investor sentiment among the masses had been minimised.

"The Chinese have managed their economy very well for the past 20-plus years and they sure can do it again," he said.

Such optimism does not extend to Europe, where banks remain weak and are unable to lend to clients, and thus keeping Europe in a slower growth phase.

As for the United States, Mr Elliott sees a disconnect between GDP and corporate earnings, which have started to pick up and are being reflected in the healthy rise in the stock market, which now looks more sustainable.

HONG KONG: A charge on plastic shopping bags should be increased to at least HK$2 (nine baht), a Hong Kong environmental group has said, pointing to its survey that estimates supermarkets hand out more than 170 million of such items each year.