The drive to change
Business

The drive to change

Cloud computing and cheap flash memory pose a major challenge to the hard-disk drive industry, but it's learning to adapt.

Ask a co-worker or a friend to share a folder full of pictures with you, and chances are that he or she won't be sending it from a laptop or PC or even from a thumb drive. Those billions of bytes of information will probably be stored in the likes of Dropbox or Google Drive. Cloud computing, once dismissed as pie in the sky, is now mainstream. 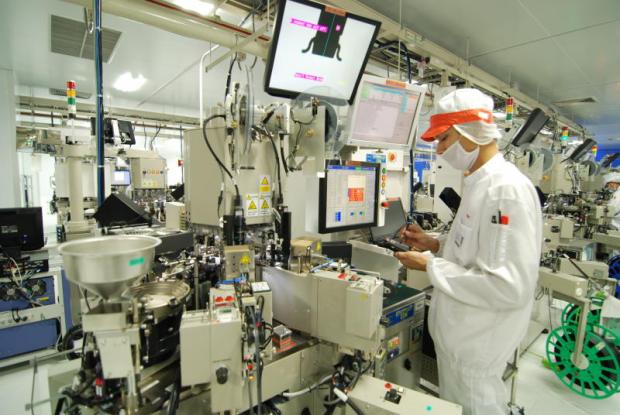 That cloud is what's hanging over the once-lucrative hard disk drive (HDD) industry. With consumers and businesses less concerned about how much storage their devices have, given the online options, the physical data storage industry is being forced to adjust. Coming to terms with the cloud by shifting their focus from consumers and business users to data centre operators is one of the things HDD makers need to do.

While many Asian economies continue to offer generous incentives to attract investment from HDD makers, the industry admits it's witnessing a slowdown in the pace of growth.

Investments in new HDD capacity now focus only on new technology and increasing efficiency, while spending on raising volume is limited. Simply put, global demand for storage products is not as high as before.

"In the next three to five years, we expect global HDD demand to increase in only single digits, compared to nearly 20% seen in the past," said Sampan Silapanad, president of the Electronics and Computer Employers' Association (ECEA), citing slower global demand for personal computers and peripherals.

Annual global HDD shipments this year are estimated at 500 million units, against 600 million in the past. That's bad news for all three giant companies that dominate the global HDD field: California-based Western Digital (WD), the market leader with 45%, US-based Seagate Technology at 38-39%, and Toshiba of Japan.

Seagate and WD have plants in Thailand, which is one of the largest HDD production bases globally. Toshiba shifted disk production from Thailand to China after the big floods in late 2011.

The future, especially for consumers, appears to be in flash memory and the cloud, says Mr Sampan.

"Demand has now been shifting toward devices such as the iPhone and iPad. HDD demand is growing at a slower pace than in the past and that might affect Thailand's exports of electronics which have been dominated by HDD," he said.

"If Thailand wants to attract more investments in HDD, we should offer the same [incentives] that neighbouring countries offer," he said, singling out Malaysia and Singapopre. "The ECEA discussed this issue with a couple of ministries and they seemed to agree with us but action was postponed due to the political situation."

According to the Electrical and Electronics Institute, the HDD manufacturing index slid 3.29% in June from May and 4.1% from a year earlier, versus increases of 17% and 16%, respectively, for integrated circuits (IC). The HDD index fell 2.9% year-on-year in the first half, against 5.5% growth for IC.

The decline of HDD production has dragged down the manufacturing index of the overall electronics industry, which slid 0.42% in June from the month before and 0.05% year-on-year in the first half.

The sector's overall exports, meanwhile, rose only 1% in the January-June period, partly because of fragile HDD orders from abroad.

The institute also said the value of applications by electrical and electronics ventures to the Board of Investment dropped 75% year-on-year in the first seven months to 9.8 billion baht while the number of projects was down 25% to 131.

The electrical and electronics industry in Thailand employs 606,000 people overall. Exports of electronic goods grew just 1% in the first half to US$15.27 billion, according to Customs Department data. Computers and peripherals led the category with a value of $8.67 billion, down 1%, while IC exports rose 4% to $3.66 billion.

Thailand is the world's second largest exporter of storage devices after China and ranks third in Asean for IC exporters. The United States is the biggest export destination for Thai electronic products, accounting for 20% of all shipments, while Asean and Europe represent 16% each.

Given a slight improvement in demand from Europe and Japan, which consumes around 8% of Thailand's electronics exports, the institute has forecast that overseas shipments will rebound with 2.9% growth this year after a contraction of 1.4% in 2013.

Mr Sampan, nonetheless, insists that HDD is not a sunset industry, noting share prices of companies such as WD have grown by 300% over the past three years. Basically, they have focused on efficiency improvement while new recruitment has been quite limited, he said.

The future for HDD is still cloudy, however, given the slowdown in global PC sales. As well, many laptops will no longer rely on hard-disk storage. New ultra-low-cost laptops have only minimal onboard flash memory. Everything else including most of the programs they use will be stored in the cloud. The Google Chromebook and Windows-based products such as the HP Stream are expected to be big sellers, especially in the developing world.

Simon Shen, CEO of the Taiwanese electronics giant New Kinpo Group, said laptop sales fell by 5-8% in 2012 and 2013 but have seen 1-2% growth this year because of the increasing popularity of low-cost devices for students and new users.

"In the US, they've come up with $199 or $299 low-cost notebook PCs. Google has the Chromebook which only runs on the Google system, instead of Microsoft and that's why the price is so cheap," he said.

As the Chromebook starts to gain popularity in Asia, Microsoft is responding with similar units. It no longer charges a Windows licence fee to manufacturers, enabling them to bring down prices to compete with the Chromebook. As a result, said Mr Shen, prices have fallen to between $249 and $299 from a range of $499 to $699 earlier.

HDD makers are now pinning their hopes on businesses replacing old PCs. When Microsoft stopped supporting Windows XP, the workhorse operating system for millions of machines used by businesses, it expected businesses that had not already upgraded to Windows 7 would rush to buy machines running Windows 8, thus helping hard-disk sales as well.

However, Windows 8 has been a disaster, analysts say. Microsoft designed the operating system to work across all platforms, from desktop PCs to tablets and phones that use touchscreens. However, the interface for PC users was so confusing that businesses said they couldn't risk installing it. Now Microsoft is hoping it can make everything right with Windows 10, but it will not be available commercially until at least the middle of next year.

However, a portion of the decline in the PC business is being offset by cloud computing which requires very high-capacity HDDs for companies such as Amazon, Google and Facebook. These data centre operators want units with capacity of 6, 8 or 10 terabytes (TB).

"I think cloud storage is another important business in the future for companies such as Seagate and Western Digital," said Mr Shen.

Meanwhile, HDD needs to compete in terms of cost and speed with flash memory, for which costs have plunged. Thumb drives and cards with a capacity of 32Gb or more cost just a few hundred baht. A new hybrid HDD offering a faster flow of data in and out is seen as one answer.

"NAS means the hard drive attaches to networking system. For example, you have WiFi in your house," he explained. "But for some data, you don't want to put it in the cloud for public exposure. So more people are buying home or personal NAS to put it the home so you can store the data for private use.

"When you go home, devices will connect to your WiFi and the NAS will automatically copy your data back to your own hard drive at home instead of the public cloud.

"With a big HDD (NAS) at home, maybe you will store movies, do music streaming at home. Devices like TV or radio can access this hard drive. It has been very popular."