The World Bank has revised down its economic growth forecast for Thailand to 1.5%, the lowest in Southeast Asia, from 3% in its previous estimate in April. 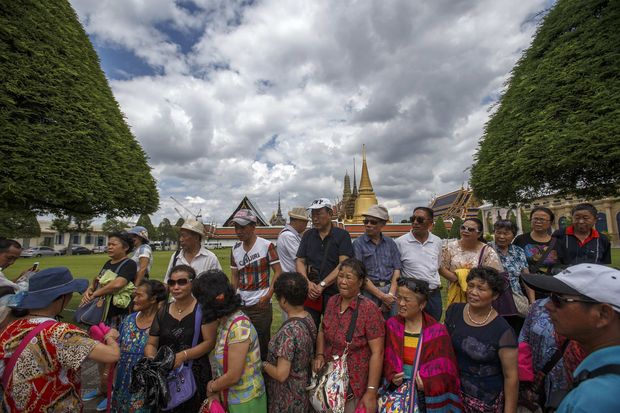 Chinese tourists visit the Grand Palace in Bangkok Sept 4, 2014. Tourism will recover in 2015 provided politics continue to be stable next year. (Reuters photo)

For 2015-16, it predicted Thailand's gross domestic product growth to pick up by 3.5% and 4%, compared to 4.5% for both years in its April forecast, according to the World Bank East Asia and Pacific Economic Update October 2014 released on Monday.

The downward revisions were due mainly to the contraction in domestic demand, which has been weak since the fourth quarter of last year.

Exports also underperformed since both goods and services exports were weak. As a result, imports had collapsed, leading to high growth in net exports.

In the second half of this year, domestic demand is expected to recover, albeit slowly, as consumer and investor confidence will slowly recover with the stabilisation of the political situation after the May 22 coup, the report said.

The economy is expected to grow by 3.5% in 2015 as domestic demand, particularly private and public investments, continues to recover.

Public disbursements are expected to speed up from their stagnation in the first half of this year, with a functioning government now in place.

The implementation of planned large public transport investment projects will also start next year, although the bulk of them will most likely be implemented starting in 2016.

However, household consumption will not recover quickly, because household debt has soared, reaching over 80% of GDP in 2014. 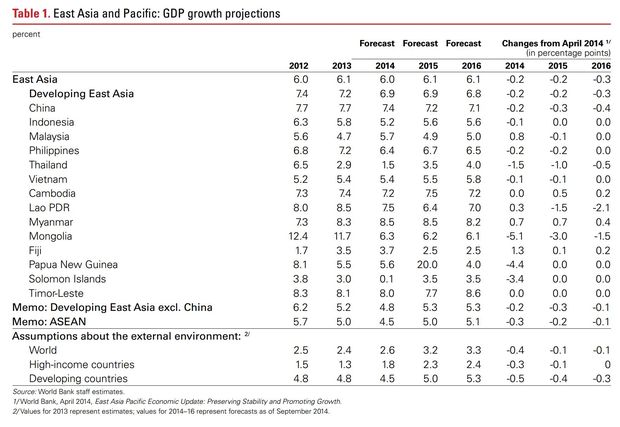