The economy has steered away from stagnation and is making headway towards a recovery after flat growth in the first half this year, says a senior Bank of Thailand official. 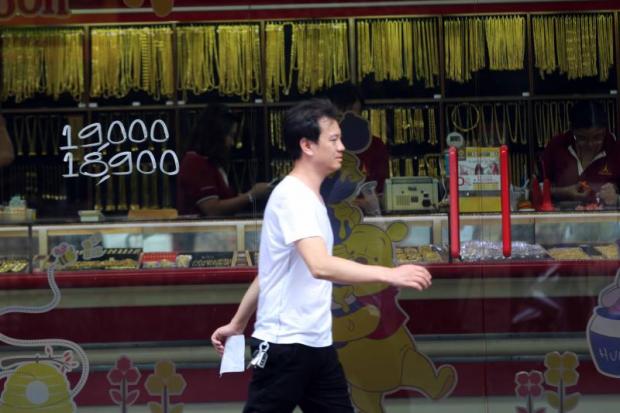 A pedestrian walks past a gold shop on Yaowarat Road. Economists describe Thailand's economy as in stagnation, as consumers lack confidence to spend due to future uncertainty. PATTARACHAI PREECHAPANICH

The stagnation occurred in the first half despite a low unemployment rate, said central bank spokesman Chirathep Senivongs Na Ayudhya. But an economic rebound is taking shape as domestic spending and clearer public investment policies are expected to drive growth momentum.

His comments came after Finance Minister Sommai Phasee on Monday said Thailand faced stagflation. The minister later clarified his statement, saying the economy was in a state of stagnation in which the poor did not have money to spend and high-income earners were reluctant to spend due to an uncertain future.

Stagflation is a troubling mix of stagnant demand, flat economic growth, high inflation and unemployment, while stagnation is a period in which the economy grows far less than its potential. The latter is considered easier to address.

First-half GDP contracted by 0.1% year-on-year due to the domestic political turmoil, but the country avoided a technical recession as growth expanded by 0.4% in the second quarter after contracting 0.5% in the first three months. 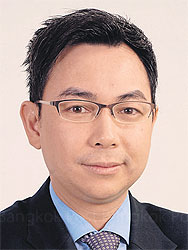 Chirathep: Slow rebound for some

Weak economic growth has compelled policymakers to slash their forecasts repeatedly, with the central bank projecting economic growth of 1.5% this year and the Finance Ministry more optimistic at 2% if a stimulus package is enacted.

Mr Chirathep said the economy was in a transition period. Further observation of economic data is needed to determine if spending will pick up along with recent improved sentiment.

Household spending is expected to improve as the speed of household debt accumulation has declined, Mr Chirathep said, adding that improved outlooks in employment and household incomes for the non-agricultural sector should help.

"We must accept economic growth will be meagre this year and that not every sector will rebound initially," he said.

Thai households have been accumulating a substantial amount of debt these past two years, while the country's labour productivity and infrastructure need upgrades, Mr Chirathep added.

Charl Kengchon, managing director of Kasikorn Research Center, said the economy was stagnant because GDP growth was below the country's potential growth rate of 4-5% annually.

The two main factors contributing to the stagnation are bleak gains in exports, which make up 70% of GDP, and dismal tourism growth, as these affect manufacturing orders and employees' income in the service industry, he said.

He expects weak growth in the third quarter and a very mild recovery in the fourth quarter, resulting in 1.5% annual growth for the full year.​

Police will take action against anybody who posts, shares or otherwise disseminates false information about Covid-19 on Wednesday, April 1, wrongly believing they could do so with impunity on April Fool's Day, assistant police chief Piya Uthayo said.

ROME: Italian doctors and unions have warned that a government policy to send patients discharged from hospital but still positive for coronavirus to care centres is like priming "biological bombs".