An aggressive expansion appears on the horizon for Thai AirAsia X (TAAX) with the addition of five wide-body jets and expanded coverage over Japan next year. 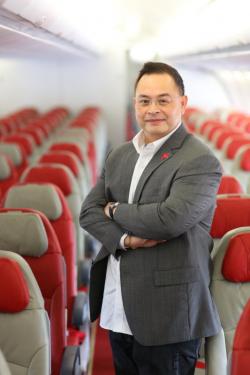 TAAX, part of Malaysia-based AirAsia Group, will also make good its Sept 1 announcement to increase its Bangkok-Narita daily flight frequency to twice a day and its Bangkok-Osaka frequency to daily from five flights a week, starting on March 26.

The airline may add a second daily flight to its maiden route — Bangkok-Incheon — which it launched on June 17, industry insiders said.

TAAX's expansion is focused on Japan as it looks to tap fast-growing demand between Thailand and the Land of the Rising Sun.

The expansion may require up to five more Airbus A330-300 jetliners to provide capacity in addition to two aeroplanes similar to those now used.

Some 70 pilots split equally between captain rankings and first officers will be needed by next August to man the additional aircraft.

TAAX has 26 cockpit staff now among 261 airline employees, with its base at Bangkok's Don Mueang airport.

However, chief executive Nadda Buranasi described the expansion plan as "too forward-looking".

"We don't believe in such rapid expansion until our brand is robust and market demand consolidated,'' he told the Bangkok Post.

Mr Nadda would only confirm the rising frequency of its two Japanese routes — Narita and Osaka — next March along with the addition of a third B330-300 jet.

TAAX's 2015 expansion plan could be finalised next month.

The market response to its services has been fairly good, as TAAX claims a load factor of about 80% on all routes.

But he said TAAX needs to increase its appeal to passengers by offering them more "comfort", details of which will be revealed to the media early next month.

WASHINGTON - The United States on Wednesday passed another grim coronavirus milestone with three million confirmed cases, as President Donald Trump downplayed the risks posed by the pandemic and aggressively pushed for schools to fully reopen.