State loss from scheme could rise to B700bn

The government's rice stocks have been found to be in a very poor state, with as much as 90% classified as substandard — and the cost to the state could be 580-700 billion baht. 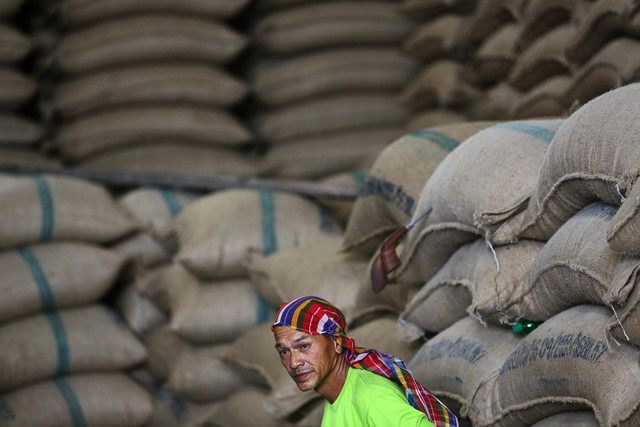 The audit has continued in warehouses nationwide for months, and the news is almost all bad: substandard stocks are everywhere, with 20% of the rice deemed inedible. (File photo)

On Tuesday, Prime Minister Prayut Chan-o-cha revealed the outcome of a nationwide rice audit led by ML Panadda Diskul, permanent secretary for the Prime Minister's Office, that reported only 10% of the 18 million tonnes of rice was of good quality.

"The report shows 70% of the rice is tainted with a yellow colour, while the rest is in bad condition and not edible and should only be allocated for ethanol production," said Gen Prayut.

The inspection also found about 100,000 tonnes of rice missing.

The government will submit the report to the National Anti-Corruption Commission (NACC) and ask for its permission to sell good-quality grains in stocks.

"Rice in the stockpiles was kept for a long time, so it's imperative to accelerate disposal to prevent more deterioration," Gen Prayut said.

Asked whether corruption was involved, he said: "I don't know. It's the duty of the NACC to find out, while this government will continue to help farmers."

All parties should hurry to solve this problem, as the public are keeping an eye on the issue, Gen Prayut said.

Deputy government spokesman Sansern Kaewkamnerd said Gen Prayut was worried about farmers and the agricultural sector because the economy might not grow as expected, with the global economy yet to recover and a bad drought expected next year.

A Commerce Ministry source said the figure of only 100,000 tonnes of rice missing from state stocks was quite insignificant compared with the 3 million tonnes reported missing in June 2013 by former deputy finance permanent secretary Supa Piyajitti, who chaired a subcommittee overseeing the accounts of the pledging scheme.

"That means there is fraud in the rice pledging scheme," the source said.

"During the inspection process, it is highly likely that good-quality rice pledged under the rice scheme was replaced with old, low-quality stock.

"The high amount of substandard rice in state stocks is unlikely to stem from poor warehousing."

The source said the loss from the scheme was expected to be as much as 700 billion baht if the government failed to dispose of stocks within five years.

"This problem is immense, and the incumbent government is in a dilemma, as it is burdened not only with selling good-quality rice stocks but also with properly managing the massive amount of substandard rice," the source said.

The Commerce Ministry said Tuesday there were 37 interested bidders for the third round of the government's rice auction for 270,000 tonnes.

After halting rice sales to carry out nationwide inspections, the government resumed sales of 167,000 tonnes on Aug 7.