FBA changes to affect 'at least half' of firms

At least half of all Japanese companies operating in Thailand would be forced to surrender operational control or relocate if proposed changes to the Foreign Business Act go ahead, a senior diplomat has warned.

Mitsugu Saito, minister and deputy chief of mission of the Japan Embassy, said an amendment restricting foreign control over joint-venture companies like the one proposed in 2007 would have a serious impact on existing and future investment.

"The embassy is quite seriously concerned about the draft amendment," Mr Saito told the Bangkok Post Sunday. "If the law is changed, the ownership of a joint venture has to be a Thai national, and they [the Japanese] will have to decide to give up foreign ownership or withdraw their business from Thailand." 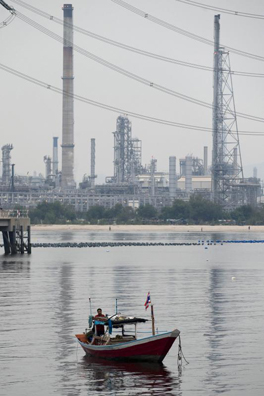 Some 45% of 5,000 Jafpanese companies in Thailand are in the service sector, and the proposed changes to the law would affect 99% of them, Mr Saito said. It wasn't clear how many of the remaining 55% of firms would be affected.

Japanese investment in Thailand is valued at US$57 billion (1.8 trillion baht), according to the Bank of Thailand, contributing to more than half the country’s foreign direct investment.

Japan’s concern comes after last week’s revelation that the Commerce Ministry planned to amend the FBA so that a company would be classified as “foreign” even if foreigners hold 49% or less of the shares but have control of the board and “company direction”.

Currently, Thai nationals need to hold more than 50% of the shares in a joint venture for it to qualify as a local company.

The present FBA makes it possible for foreign business partners to control joint ventures in Thailand, as it does not prohibit foreigners from making up the majority of the board of directors.

The plan is similar to one proposed in 2007, which eventually did not go through. If passed, companies required to change their status to foreign companies would be given a grace period.

Mr Saito predicted that although many Japanese companies would choose to give up operational control rather than withdraw their investment altogether, adjusting to the new law would still be costly and time-consuming.

Japanese investors would have to find new Thai sponsors to take care of the shares, for instance, and reviewing the preferred stock scheme would involve talking to many Thai business partners, some of whom are reluctant to extend money to provide the shares.

The amendment would also affect Japan’s manufacturing industry as a large area of operation is in the service side, such as providing finance and after-sales services.

He said it was his personal opinion, rather than the government's position, that while the amendment might not cause many companies to leave on a short-term basis, it would discourage Japanese companies from investing further in Thailand.

Decades ago, Thailand was an attractive place for Japanese investment in Southeast Asia, but now countries like Vietnam, Indonesia, the Philippines or Myanmar are emerging as competitors, he said.

“Japanese companies already lost some credit on Thailand after the military coup, because no one believed there would be another military coup in Thailand,” Mr Saito said. “Now the act [being] changed is not in favour of Japanese companies, and they might think if the incident occurs twice, there will definitely be a third incident.”

Mr Saito’s comments come after the Joint Foreign Chambers of Commerce in Thailand said last week that any changes to the FBA could send a message that Thailand is not really interested in welcoming foreign investment.

The Commerce Ministry will organise public hearings with Thai and foreign business operators on Tuesday and Friday.

When state agencies in 1992 raised concern that a previous law provided loopholes that allowed Thai nominees to be used by foreign companies, the government of Anand Panyarachun responded by ordering a revision of the law to ignore the nominee structure.

Supavud Saicheua, head of research at Phatra Securities, said the endorsement of the practice attracted foreign direct investment because it legitimised circumvention. “But if this status quo were to be changed, it will have a negative effect [on FDI].”