Land and Houses will beef up hotel portfolio
Business

Land and Houses will beef up hotel portfolio 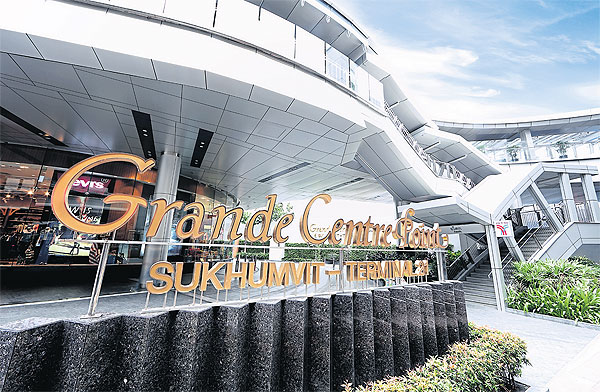 The hotel expansion is in line with LH's business policy of offering mixed-use developments by building new hotels near the company's existing property projects. The hotel planned for Chiang Mai will be among other projects the company has there.

It is also planning to open its first hotel upcountry, in Chiang Mai in 2017.

The hotel expansion is in line with LH's business policy of offering mixed-use developments by building new hotels near the company's existing property projects.

"For example, we'll put the Chiang Mai hotel and resort right among other projects we have there," said Somchai Meesri, general manager of the Grande Centre Point Hotel Terminal 21 in Bangkok.

The group will also launch a new budget hotel brand next year.

The first property will be located along a skytrain or subway route.

"The budget hotels will cost us 1.2 to 1.3 billion baht apiece to build and the four-star Centre Point hotel brand 2.5 to 3 billion each," he said.

Despite the effects of this year's political uncertainty on the overall hotel industry, Grande Centre Point Hospitality is maintaining its 2014 revenue projection of 1.5 billion baht from its eight hotels.

However, that will still be lower than in 2013, which was the company's best year.

Average occupancy of the eight hotels, all in Bangkok, has been 80% year to date.

The Grand Centre Point Hotel Terminal 21 is expected to generate the highest revenue at 650 million baht, with average occupancy of 87% for the year.

Mr Somchai said the company projected revenue growth of 15% from the eight properties next year now that political stability had returned to the country.

However, the company will closely monitor any negative factors such as global economic downtrends that may affect corporate markets, particularly Hong Kong and Singapore.

Online travel agents account for half the total bookings, travel agents 25% and direct from corporations for executives' stays 25%.

Mr Somchai said competition in the hotel industry was heating up in Thailand, particularly in Bangkok.

But the management style of Centre Point Hotels is more flexible than that of international chains, allowing more efficient resolutions to negative situations that may crop up and more competitive room rates, he said.

The company remains upbeat about tourism in Thailand and confident of its 15% revenue growth projection for 2015.

Room rates of its hotels under its umbrella normally rise by 8-10% per year.

LH shares closed yesterday on the SET at 9.95 baht, unchanged, in trade worth 80.2 million baht.