Jitters cause figures to fall
Business

Jitters cause figures to fall

Revenue from property transaction taxes last month shrank 4.4% year-on-year following a rush of activity in September by the well-off determined to pass down real estate assets to their heirs before the inheritance tax can take effect.

The extra transactions in September caused activity in the following month to decline, said Kritsada Jinavijarana, director-general of the Fiscal Policy Office (FPO). 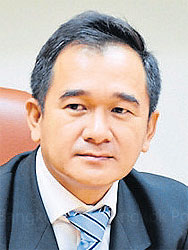 "There were rumours that the inheritance tax would be imposed, and people at the time may have been confused about the rates to be charged, so they were in a hurry to transfer property assets to recipients to avoid the tax payment," he said.

"However, transactions declined in October after the government promised the rate would not be too high."

The cabinet earlier this month endorsed a draft bill for the inheritance tax that set the ceiling at a 10% levy on bequests of more than 50 million baht.

However, the charged rates will actually be lower.

The bill will be forwarded to the National Legislative Assembly for deliberation and take effect 90 days after publication in the Royal Gazette.

In the meantime, Mr Kritsada said the FPO forecast economic growth was likely to be more than 4% this quarter, taking full-year growth to 1.4%.

According to the breakdown, VAT on consumer goods and services rose by 3.3% year-on-year last month, while VAT on imported products dipped 7.5%.