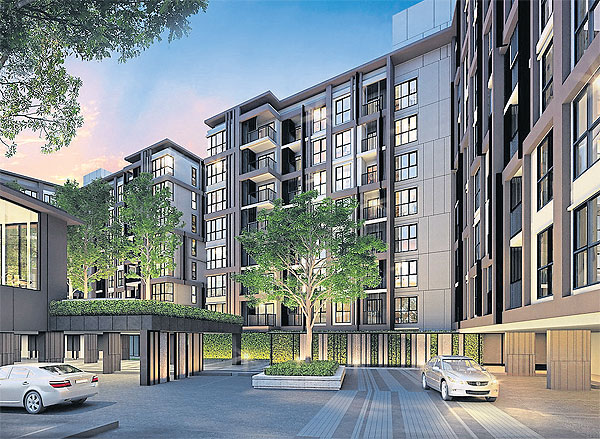 The Base, a Sansiri condo development in Khon Kaen, was cancelled due to weak sales.

"The provincial property market has been hit hardest by the falling prices of agricultural products, the economic slowdown and political problems," said Naporn Sunthornchitcharoen, president of SET-listed developer Land & Houses Plc (LH). "The country's economy relies only on government investment."

LH's provincial sales last year fell 25% short of target, the sharpest decline since the company entered the provinces. The provincial market's share of presales dropped to 10% from the typical 15%.

LH decided last year to freeze a plan for a single-house project in Maha Sarakham, an emerging destination in which it saw potential, as the province's economy depends on SMEs.

"Single houses and townhouses remain in good condition, but condo performance was pretty bad, especially in the northeastern provinces, as they faced weak purchasing power," Mr Naporn said. "The situation will hopefully improve this year."

He said condo buyers reluctant to get a unit transferred were more common in the provincial market, due to the very low amount of down payment. More speculators are dealing in provincial condos, as condo prices in Bangkok have risen every year.

"It will take time for demand, which is very limited, to absorb the large amount of supply launched in the last three or four years that began reaching completion last year," he said.

"The economy in the provinces was not good because of fluctuating prices of agricultural products that weakened demand," Mr Vittakarn said.

Two years ago, AP froze a condo project with 476 units planned for Pattaya.