'I remember making a speech in Malaysia in 1997, when I shared my view on spiritual intelligence. The audience members all rose up and said, 'Tell us more'," Danah Zohar tells me. "I was so excited that I called my late husband back in England right after the session and said, 'Ian, I know what our next book is going to be. It will be on Spiritual Intelligence.'

"When I arrived home, there was a news report about scientists who had found a 'god spot' in the brain, which is where we look for meaning and related spiritual issues. Not long after that, more research emerged about how the brain works according to our view of the way the world is put together. I then had the basic building blocks for my theory of Spiritual Intelligence." 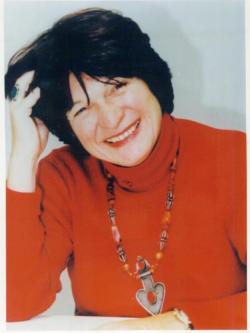 Danah Zohar believes SQ relates to the purpose, vision and value of our being.

The concept of Spiritual Intelligence, known as SQ, was among the breakthroughs that led to Ms Zohar's inclusion among "the world's greatest management thinkers" in the 2002 book Business Minds. She is the author, or co-author with her late husband, the psychiatrist Ian Marshall, of six books that seek to expand our understanding of intelligence and the self.

"I like the work of Daniel Goleman because before his work came along, the world was concerned only with IQ (intelligence quotient)," she tells me. "When I read his book Emotional Intelligence, I felt that sometimes he didn't say enough and sometimes he said too much. I couldn't help thinking that some of his EQ is in fact SQ."

Born and raised in the United States, Ms Zohar was interested in physics from an early age. With her double degree in physics and psychology from the Massachusetts Institute of Technology, she pursued postgraduate studies in philosophy, religion and psychology at Harvard University.

"The influence of Newtonian mechanics leads us to see the world as linear and separated into parts," she explains. "There is no connectivity with each part. This kind of thinking not only has had a great deal of influence on civilisation and business as we know it today, but it has also become the foundation of many things such as capitalism, as seen by Adam Smith, and modern management science, based on the work of Frederick Taylor. In reality, human beings cannot be separated from nature, not to mention uncontrollable conditions."

What Ms Zohar means by SQ is intelligence that relates to the purpose, vision and value of our being. How we can live a good life and be a good person? She strongly believes that human beings have this sense of values embedded in their brains.

"I compare IQ (related to rational and linear thinking) as 'I think'. EQ refers to knowledge of one's own and others' emotions and how to deal with them — in other words, 'I feel', while SQ is 'I am'.

Therefore, we do not just acquire food, shelter, clothing and medicine as we usually understand the concept. We tend to lead ourselves to what we visualise will have meaningful value for us, and also, with good intent toward others and our environment. According to her 2004 book, Spiritual Capital: Wealth We Can Live By, SQ has 12 qualities.

Self-awareness: Knowing what you believe in and value and what deeply motivates you.

Spontaneity: Living in and being responsive to the moment and all that it contains.

Led by vision and values: Acting from principles and deep beliefs and living accordingly.

Holism: A sense of the system, or connectivity; the ability to see larger patterns, relationships and connections; a strong sense of belonging.

Compassion: The quality of "feeling-with" and deep empathy. This lays the groundwork for universal sympathy.

Celebration of diversity: Valuing other people and unfamiliar situations for their differences, not despite them.

Field independence: Being able to stand against the crowd and maintain one's convictions.

A tendency to ask fundamental 'Why?' questions: Needing to understand things and to get to the bottom of them.

Ability to reframe: Standing back from a situation and looking for the bigger picture.

Positive use of adversity: Ability to own and learn from mistakes, to see problems as opportunities.

Humility: A sense of being a player in a larger drama, a sense of one's true place in the world. The basis for self-criticism and critical judgement.

Sense of vocation: Being "called" to serve something larger than oneself. Gratitude toward those who have helped one, and a wish to give something back.

"I didn't make these up," says Ms Zohar. "These 12 SQ characteristics are based on the concept of a 'complex adaptive system', which relates to ability to adapt both our minds and bodies to the environment. Hence, we treat them as the principles of transformation."

She goes on to explain that 10 qualities characterise the "complex adaptive system", which correspond to those on the SQ list: self-organisation (self-awareness), bounded instability (spontaneity), emergent (vision- and value-led), holistic, in dialogue with the environment (compassion), evolutionary mutations (celebrating diversity), outside-control destructive (field independence), exploratory (asking why), recontextualising (reframing), and order out of chaos (positive use of adversity).

"On top of those 10 items, I add humility and sense of vocation, as summarised from a broad range of spiritual literature," she adds.

"With SQ, corporations will have a lot less greed and will turn their eyes more frequently to society. This doesn't mean businesses should not be concerned with making money, but the issue is how they make money, how they make profit, how much profit they make, and how much they give back to society."

We'll continue our look at spiritual intelligence in the next column.

Sorayuth Vathanavisuth is the principal and executive coach at the Center for Southeast Asia Leadership (Seal) and lectures at Mahidol University's College of Management. His areas of interest are corporate strategy, executive coaching and leadership development. He can be reached at sorayuth@sealeadership.com