Thailand tourist arrivals surged in December, helping the tourism industry recover two percentage points and end 2014 down only 6.7% from a year earlier. 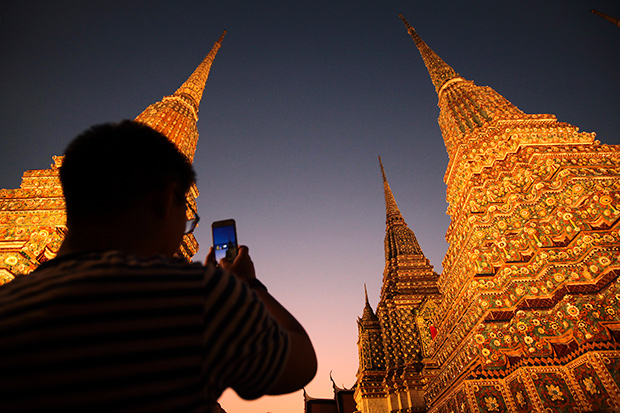 A tourist takes a photo at the Temple of the Reclining Buddha in Bangkok. (Photo by Patipat Janthong)

Those protests would continue through May last year, climaxing with the May 22 coup. The protests, coup and fallout from it sent Thailand's tourism industry into a swoon and only began to recover in the fall. Arrivals posted their first increase - 7% - in October, eked out a 2.5% gain in November and rallied in December.

December's rally came despite Russian-tourist arrivals falling off the proverbial cliff, plunging 27.4% year-on-year. For the year, Russian tourism fell 8.2%. In December 2013, Russians accounted for 10% of all of Thailand's tourist arrivals. Last month, that had fallen to 6.5%.

The fall-off in Russian arrivals is due to the historic depreciation of the rouble, which hit its lowest point in December. Russian tourist arrivals had fallen 21.2% and 23.2% in the two previous months, respectively.

The rest of Eastern Europe wasn't impacted by the rouble's crash, posting a 3.2% increase in December and 8.2% gain to 1.6 million visitors for the year. 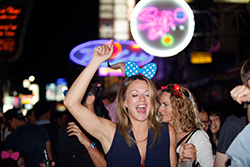 That region was one of the few bright spots for the tourism industry, however, with every other region posting declines. East Asia fell 8.5% for the year to 15.9 million arrivals. The Asean region slid 9.1% to 7.3 million visitors.

However, visits from China, the country's largest market, ended the year flat, with just a 0.29% decline to 4.6 million tourists. China picked up more than a full percentage point in market share, which now stands at 18.7%.

Chinese arrivals, which had been down for the year at the end of November, rebounded thanks to a whopping 86.5% year-on-year increase in December to 495,034 tourists. The Chinese sector had been hit hardest by last year's street protests with only 265,428 Chinese visiting in December 2013.

The Chinese accounted for 17.4% of all arrivals in December, up from just a 10.4% in the same month a year earlier.

European arrivals ended down 2.4% for the year to 6.2 million visitors. Only Italy posted a gain - 6.2% to 220,017 arrivals - while Finland, Switzerland and the United Kingdom ended the year flat. Every other country posted a decline. Last year, 909,335 Britons visited Thailand, 11% of them arriving in December alone.