Suvarnabhumi airport will soon get more lounges for premium passengers. 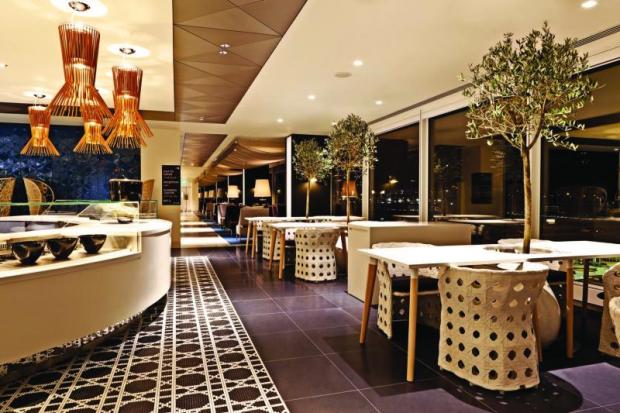 A delicatessen is among facilities at Qatar Airways' premium lounge at London Heathrow Airport. The lounge will be a model for the airline's Suvarnabhumi lounge.

Airports of Thailand Plc (AoT) will create a 5,500-square-metre space for lounges by reclaiming an area near Concourse D on the third floor of the passenger terminal, says airport general manager Prapon Pattanakijsakul.

That will raise the floor space for lounges by 27% from 20,554 sq m where 12 international airlines and a hospitality service provider have lounges in place.

But the increased space seems to be far less than what airlines want as they compete to cater to growing demand from premium passengers.

Many of the more than 100 international carriers operating through Suvarnabhumi want to build their own lounges, an AoT executive told the Bangkok Post.

The new space has been allocated to four airlines and Louis' Tavern Transit Hotel.

Three airlines that already have lounges at Bangkok's main airport will be joined by newcomer Qatar Airways.

Thai Airways international (THAI) and Louis' Tavern (part of Thailand's Miracle Group) have obtained the most space in the new area, each getting about 2,200 sq m.

THAI's lounges at Suvarnabhumi serve its own passengers and those of airlines in the Star Alliance group.

Suvarnabhumi will be the second airport outside Qatar Airways' Doha hub where the airline has its own lounge.

Its Suvarnabhumi lounge is expected to be an upgrade of its world-acclaimed facility at London Heathrow Airport, described as more of a private club than a lounge.

While AoT hopes the new lounges can open by year-end, airline executives are sceptical due to the long process.