Dawei ready to roll at last

Japan hops on board, may offer soft loans

The long-awaited multibillion-dollar Dawei megaproject in Myanmar is set to get off the ground after Japan yesterday agreed to take part and possibly offer loans for road construction linking the scheme with the Thai border. 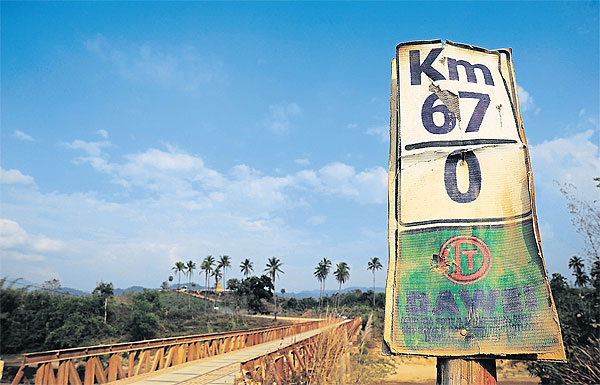 The road to Dawei is becoming clearer after Japan yesterday agreed to become involved with the megaproject and possibly provide soft loans to finance construction of a road worth 3.9 billion baht. SAYAN CHUENUDOMSAVAD

Japan will hold an equal partnership in Dawei SEZ Development Co (DSEZ), a special-purpose vehicle (SPV), to run the project.

DSEZ replaced Italian-Thai Development Plc (ITD), which had received the original concession from the Myanmar government in November 2010.

Thailand and Myanmar in June 2013 agreed to set up DSEZ with an equal shareholding and initial investment of 12 million baht, far below the 100 million proposed earlier. The company is registered in Thailand.

The countries also agreed to set up SPVs to manage the port, road and rail links, power plants, waterworks, industrial estates, telecommunications and a township. SPVs will be registered in Myanmar.

In November 2013, Thailand and Myanmar officially agreed to push the ambitious scheme forward by signing three memoranda of understanding (MoUs).

The first MoU covered the framework agreement of the Dawei concession and its transfer to DSEZ from ITD.

The second MoU concerned revocation of the concession between ITD and Myanmar, while the third involved a warranty that new investors in the port and roads were legally obliged to pay the 6 billion baht already invested by ITD.

"Japan intends to participate in the project in terms of both technical and financial support. This marks a big move for the Dawei project," said MR Pridiyathorn, co-chairman of the Joint High-Level Committee on Dawei development.

MR Pridiyathorn said the joint meeting endorsed the development projects of ITD, Rojana Industrial Park Plc, Electricity Generating Plc and LNG Plus International Co for the first phase of the Dawei project. Combined investment is US$1.7 billion. An official signing will be held in March.

The initial phase, which is expected to see construction work start this year, will include an industrial estate covering 27 sq km, small port, small power plant, telecommunications network, small reservoir, LNG terminal, road network linking the Thai border with the project, and township for the workers.

The development is expected to be completed in five years.

MR Pridiyathorn said consultants were being hired by the Neighbouring Countries Economic Development Cooperation Agency to study the master plan.

Sonthiya Sawasdee, an adviser to the House committee on law, justice and human rights, on Thursday asked the Election Commission (EC) to initiate a party dissolution probe against the main opposition Pheu Thai Party for allegedly violating the political party law.

LOS ANGELES: Footprints dating back 23,000 years have been discovered in the United States, suggesting humans settled North America long before the end of the last Ice Age, research published on Thursday showed.

State enterprises to ramp up investments